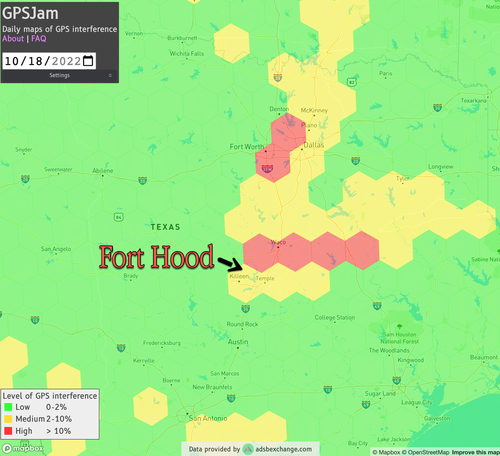 Mysterious GPS Disruptions Spread In Texas Near Fort Hood
GPS interference in Texas has spread from the Dallas-Fort Worth Metropolitan Area to now east and west regions of Waco, Texas. One area west of Waco with high levels of GPS interference is butting up against America's third-largest military base, Fort Hood. One Twitter user said: "Can't wait until someone figures out the source." 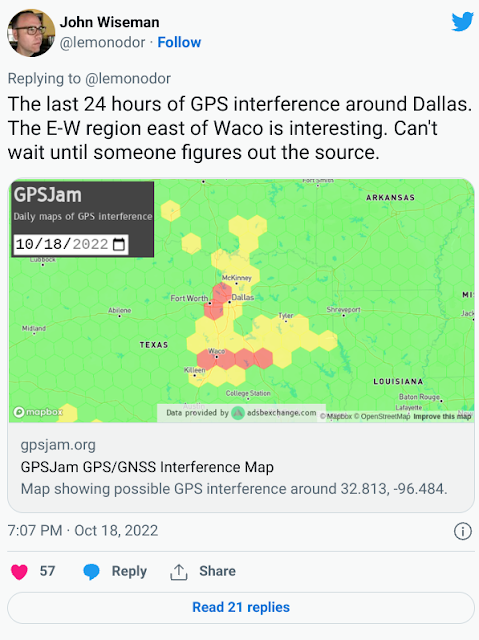 GPS interference is being reported around the Dallas-Fort Worth Metropolitan Area airports, according to the Federal Aviation Administration. The first reports of signal degradation occurred about 24 hours ago. "Significant GPS interference being reported by pilots in the Dallas area. Aircraft being rerouted onto non-RNAV arrivals," the flight tracking website ADS-B Exchange first reported Monday afternoon. Bloomberg said the "runway at Dallas-Fort Worth International Airport has been closed after aviation authorities said GPS signals there aren't reliable." The FAA said it was investigating GPS signal degradation in the metro area and looking closely to see if this could be due to "possible jamming of the global-positioning system. " So far, the FAA has found "no evidence of intentional interference." And airlines have yet to report major disruptions. One Twitter user posted a high-resolution map of the GPS interference. The orange and red specks show areas where GPS signal loss is currently. Source 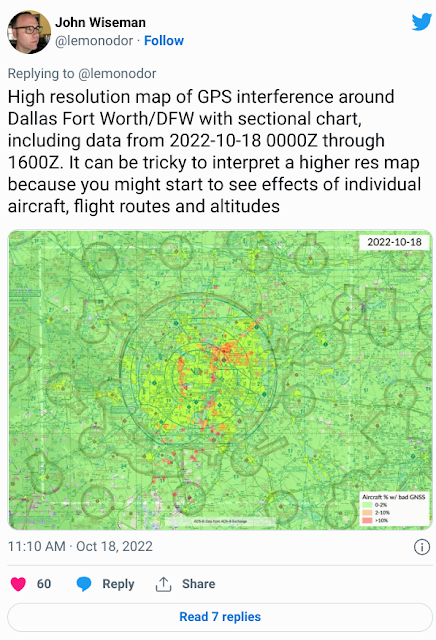