Our Lady Of La Salette On The 700 Vanishing Stars: The Stars Will Lose Their Regular Motion 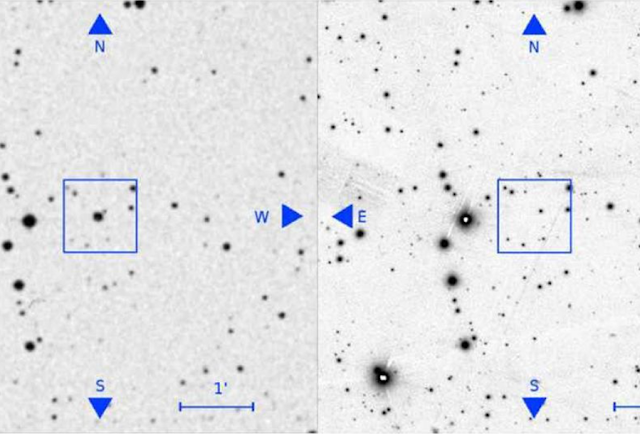 The stars will lose their regular motion Our Lady of La Salette 19 Sept. 1846 (Published by Mélanie 1879)
Some of the universe's stars have gone missing. But where did they go?
Stars don't just vanish — or do they? For thousands of years, astronomers accepted the idea that the lights in the sky were fixed and unchanging. Even when it became clear that these lights were actually physical objects like the sun, one of the key assumptions for astrophysicists has been that they go through major changes very slowly, on timescales of millions or billions of years.

And when the most massive stars of all — which are many times heavier than the sun — do go through sudden and cataclysmic changes as they reach the ends of their lives, their passing is marked by the unmissable cosmic beacon of a supernova explosion, which shines for many months, and may even be visible across hundreds of millions of light-years.

But what if some stars suddenly just wink out of visibility? According to everything we know about stars, that should be impossible, but over the past few years, a group of astronomers has set out to see whether such impossible things do happen, comparing data across decades of observations.

"VASCO is the Vanishing and Appearing Sources during a Century of Observations project," said Beatriz Villarroel of the Nordic Institute for Theoretical Physics, Sweden. "We're actually interested in all kinds of vanishing objects, but ideally I'd like to find a star that's been steady and has been there in the sky for as long as we can remember and as long as we have data for, and one day it just vanishes. And you can point the biggest telescopes in the world at it and still see nothing there."

Since Villarroel and her colleagues began work on the project in 2017, they've attracted a lot of attention from scientists who see the potential in searching historic records: "We have astronomers from all kinds of different fields interested in the project — specialists in active galactic nuclei [the power source of intensely brilliant quasars in the distant universe], stellar physicists, and SETI [Search for Extraterrestrial Intelligence] scientists — everyone has their reasons for getting involved."

Although our current understanding suggests that stars change only very slowly, and dramatic disappearances should leave traces behind, that's not to say that all stars shine steadily. In fact, the sky is packed full of variable stars that pulsate and change in brightness. Villarroel emphasizes that VASCO is about something different. "We know that there are variables, but their timescales tend to be a few years at most. We want to find something that goes from a completely steady star to just vanishing entirely — this hasn't been documented, and it's the kind of discovery that could lead to new physics." Source
PROPHECY OF MELANIE ON TWO POPES:
"I didn't see, I don't see any Great Pope or Great Monarch before an extremely great tribulation, horrifying, terrible and general for all Christendom. But before that time, twice there will be a short lived peace; TWO shaky, servile, doubtful popes" Mélanie

REMEMBER - THE 35+ YEARS WORTH OF CHASTISEMENTS DO NOT START UNTIL THE TWO POPES ARE DEAD......
“The great chastisement will come, because men will not be converted; yet it is only their conversion that can hinder these scourges. God will begin to strike men by inflicting lighter punishments in order to open their eyes; then He will stop, or may repeat His former warnings to give place for repentance. But sinners will not avail themselves of these opportunities; He will, in consequence, send more severe castigations, anxious to move sinners to repentance, but all in vain. Finally, the obduracy of sinners shall draw upon their heads the greatest and most terrible calamities. Mélanie
“We are all guilty! Penance is not done, and sin increases daily. Those who should come forward to do good are retained by fear. Evil is great. A moderate punishment serves only to irritate the spirits, because they view all things with human eyes. God could work a miracle to convert and change the aspect of the earth without chastisement. God will work a miracle; it will be a stroke of His mercy; but after the wicked shall have inebriated themselves with blood, the scourge shall arrive Mélanie

"I protest highly against a different text, which people may dare publish after my death. I protest once more against the very false statements of all those who dare say and write First that I embroidered the Secret; second, against those who state that the Queen Mother did not say to transmit the Secret to all her people." Mélanie
at November 05, 2021