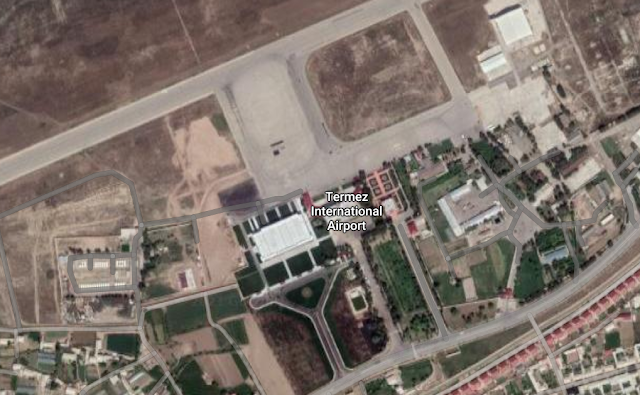 On August 14-15, 22 military planes and 24 military helicopters from Afghanistan, carrying 585 armed servicemen of the neighboring country, illegally crossed Uzbekistan's airspace. The aircrafts were forced to land at the international airport of Termez, the press service of the General Prosecutor's Office of Uzbekistan reported on Monday.On August 15, three military aircraft Embraer 314 of Afghanistan requested permission to land at the airport of Khanabad in Karshi. They were redirected to Termez airport with two Uzbekistan Air Force MiG-29 military planes escorting them. "However, during the escort, the Embraer 314 and MiG-29 planes collided and crashed in the Sherabad district of Surkhandarya region. The pilots of these aircrafts ejected and landed on parachutes," the statement said. "The next day this statement was retracted without further explanation of what happened, but fresh satellite images started to appear on the Uzbek Termez airport, showing the appearance of almost fifty new planes and helicopters, whose appearance coincides with that of the Afghan Air Force and the number almost identical to that mentioned in the Uzbek prosecutor`s statement. It was not easy to make out the aircraft models in the first satellite image, but now better quality images are appearing. 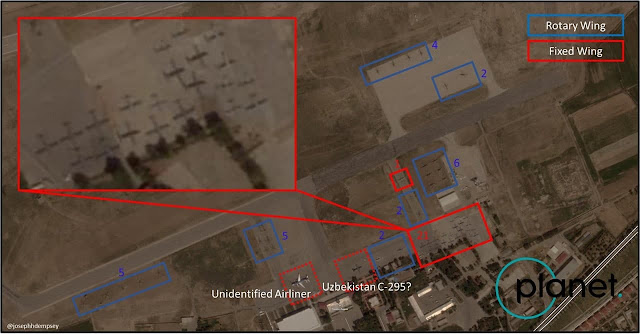 In the end 22 new light aircraft and 26 helicopters appeared in Termez. Of these, 11 Pilatus PC-12NG light reconnaissance planes, part of the Special Operations Wing of the Afghan Air Force, attracted special attention, the remainder being six A-29 (Embraer 314) Super Tucano light attack aircraft and five Cessna 208 Caravan light aircraft (perhaps some of these were armed versions of the AC-208 Combat Caravan). Among the helicopters at the Termez airport we can see 19 Mi-8/17 and 7 UH-60A Black Hawk. I'll add that potentially some of the Mi-8/17s could be actually Uzbek, there are just a couple of extra helicopters compared to the number indicated in the prosecutor's statement, but in general, the number of Pilatus PC-12NG and Mi-8/17, it seems that Uzbekistan was flown just a large part of the Air Special Operations Wing, which was supporting the forces of the Special Operations Command of the Afghan army. Source 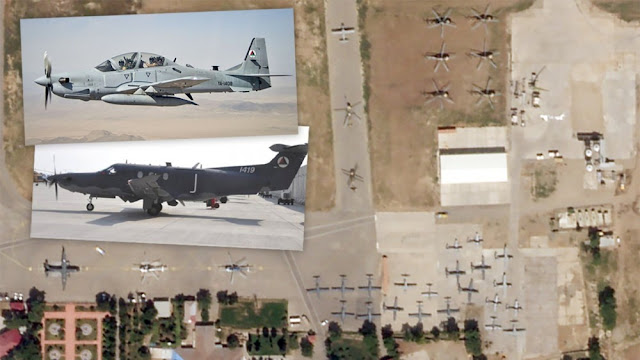