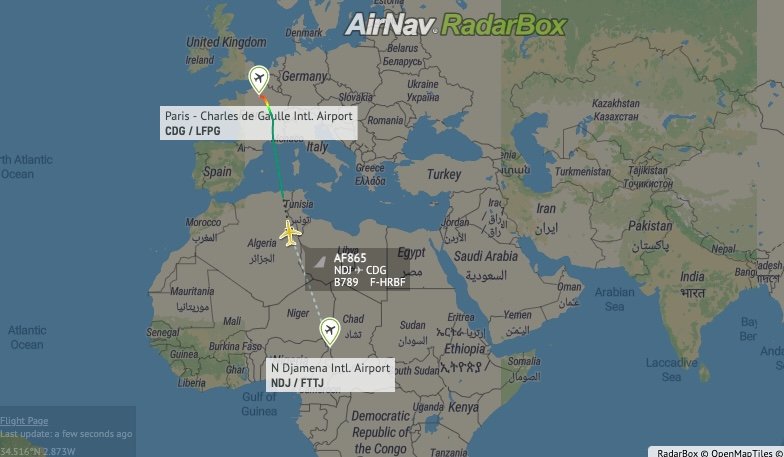 Air France #AF865 from Chad Evacuated at Paris CDG Airport over bomb threat
According to the French interior minister, the government has established an interministerial crisis unit to investigate the suspected bomb threat. An Air France plane travelling from N’Djamena to Paris has been evacuated upon landing at Charles de Gaulle Airport due to the suspected presence of an explosive device on board, French Interior Minister Gerald Darmanin said on Thursday.In response to the suspected bomb threat, the government has set up an interministerial crisis unit, bringing together the head of government and several ministers, including the minister for Europe and foreign affairs, the minister of the armed forces, and the minister of transport. The plane successfully landed at the airport without incident and was isolated, the minister added.The Boeing 787-9 (reg. F-HRBF) landed at 16:01 local time and was isolated. Source
at June 03, 2021