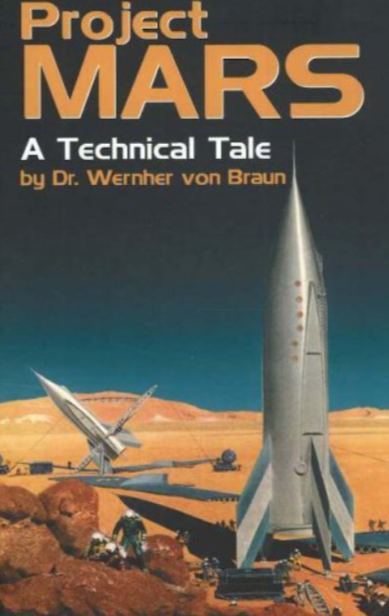 MUSK BE FATE Scientist predicted a man named ‘Elon’ would colonise Mars in book written 70 YEARS ago
ELON Musk's plot to colonise other worlds may have been predicted by a German scientist 70 years ago. Writing in his 1952 science fiction novel "Project Mars", engineer Wernher von Braun described a man called "Elon" who ruled over the Red Planet. One passage of the book – a fantasy blueprint for a human expedition to Mars – details that "a Martian government was created, led by ten men". Those men worked under a leader "elected by universal suffrage for five years under the name or title of Elon." Von Braun was one of the most influential scientists of the 20th century and a key figure in the development of rocket technology in Nazi Germany. Following World War 2, he was secretly moved to the United States and became a pioneer of space technology for Nasa. Project Mars may have been science fiction, but it included scientific calculations for how humans might travel to Mars. The book's spooky prediction was unearthed a few years ago but resurfaced this week on social media. In one passage, von Braun described two houses in Parliament that enacted laws administered by Elon and his cabinet. The upper house was called the Council of the Elders and contained 60 people, each of whom was named for life by Elon himself.
at May 08, 2021