Government Report On UFOS Set For Release Next Month 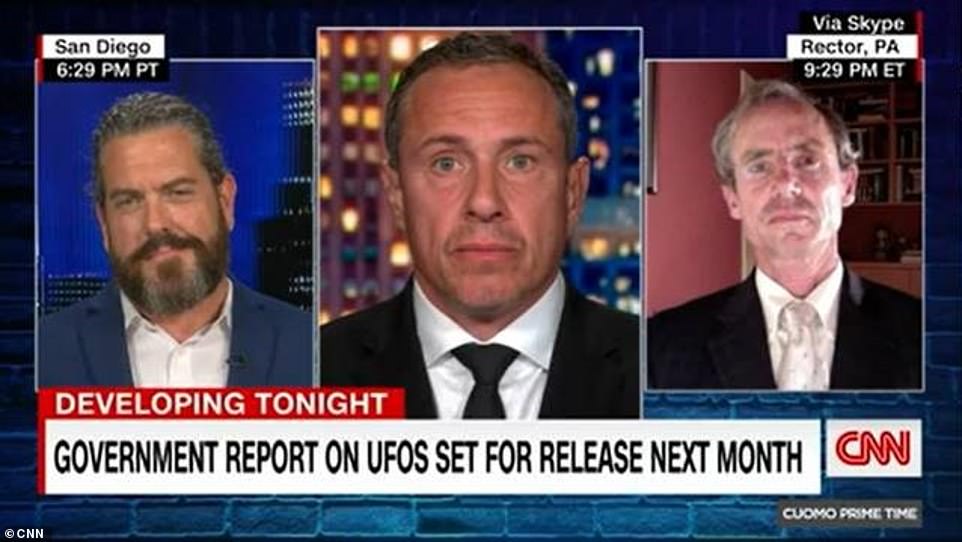 It's possible someone found us before we found them': Two retired Navy officers warn that infamous UFO Tic-Tac sighting indicates 'technology that outstrips our arsenal by at least 100 to 1,000 years'
Retired Navy officers have issued a chilling warning that UFO sightings - which have repeatedly violated US airspace - possess technology that is up to 1,000 years ahead of that used by the United States. Footage released last week confirmed as real by the Pentagon appeared to show a UFO buzz a United States stealth ship near San Diego before diving under the water. Commenting on the video, an ex-navy officer said that the technology on display is 100 to 1000 years ahead of that possessed by the United States. 'The technology that we witnessed with the Tic-Tac was something we would not have been able to defend our forces against at the time,' Sean Cahil - a retired US Navy Chief Master-at-Arms - told CNN's Chris Cuomo. 'What we saw in the Tic-Tac [...] is the five observables. [These] indicate a technology that outstrips our arsenal by at least 100 to 1000 years at the moment.' Last April, the infamous ‘Tic Tac’ incident was one of three videos released by the Pentagon which showed footage of ‘unexplained aerial phenomena’ taken by US Navy pilots. At least six pilots encountered the mysterious object as it flew at speed over the Pacific near Mexico on November 14, 2004. The way it moved has led to speculation that it was a UFO and it has become a key piece of evidence for those who believe in extraterrestrials Cahil was joined by Christopher Mellon, former Deputy Assistant Secretary of Defense for Intelligence during the Clinton and George W. Bush presidencies. When asked about the likelihood the unidentified vehicles were extra-terrestrial, he did not rule it out, saying: 'It's possible somebody found us before we found them.' Source
Here read from St. Thomas Aquinas on where Demons reside...
Article 4. Whether our atmosphere is the demons' place of punishment?
Objection 1. It would seem that this atmosphere is not the demons' place of punishment. For a demon is a spiritual nature. But a spiritual nature is not affected by place. Therefore there is no place of punishment for demons.