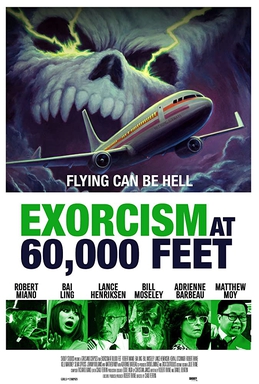 For the time has come when the most astonishing wonders will take place on the earth and in the air. Our Lady of La Salette 19 Sept. 1846 (Published by Mélanie 1879)
Voices will be heard in the air. Men will beat their heads against walls Our Lady of La Salette 19 Sept. 1846 (Published by Mélanie 1879)
“The demons of the air together with the Antichrist will perform great wonders on earth and in the atmosphere, and men will become more and more perverted. Our Lady of La Salette 19 Sept. 1846 (Published by Mélanie 1879)
Our wrestling is not against flesh and blood; but against Principalities and Powers, against the rulers of the world of this darkness, against the spirits of wickedness in the high places. Ephesians 6:12
FAA chief says alarming increase in unruly passengers should concern everyone
From the friendly skies to the unruly ones -- the Federal Aviation Administration (FAA) is continuing its crackdown on disruptive passengers as the agency continues to see more incidents than years prior. On Monday, the FAA proposed its largest fine to a passenger this year, a whopping $52,500, for a man who punched a flight attendant in the face and tried to open the cockpit door. The agency has proposed almost $350,000 in total fines to unruly passengers since January."We have seen an alarming increase in the rate over the last few months, and it's something that we need to get under control," FAA Administrator Steve Dickson told ABC News' Transportation Correspondent Gio Benitez. "This is something that we should all be concerned about." Airlines have referred more than 1,300 cases of unruly passengers reports to the FAA. The agency has identified violations in 350 of those cases. Source
Here read from St. Thomas Aquinas on where Demons reside...
Article 4. Whether our atmosphere is the demons' place of punishment?
Objection 1. It would seem that this atmosphere is not the demons' place of punishment. For a demon is a spiritual nature. But a spiritual nature is not affected by place. Therefore there is no place of punishment for demons.