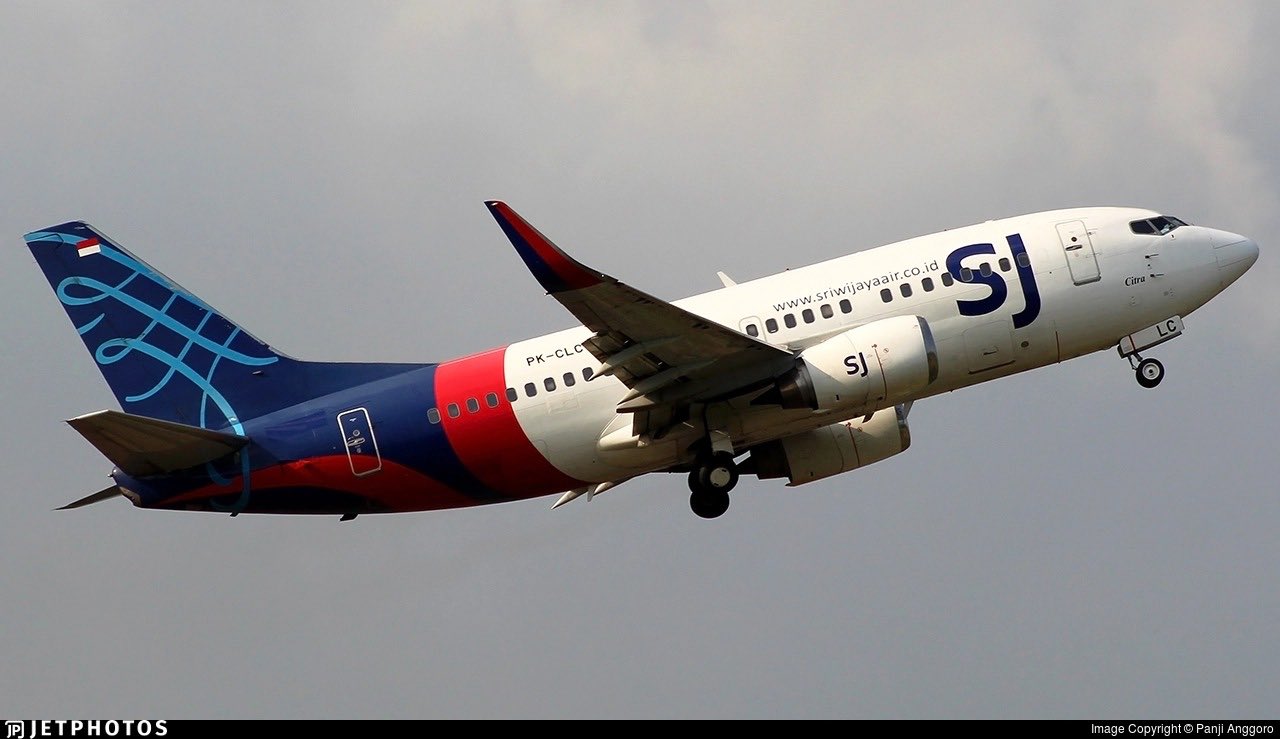 On 9 January, a Sriwijaya Air Boeing 737-500 (registered PK-CLC) operated domestic flight SJ182 between Jakarta and Pontianak, Indonesia. Five minutes after take-off, however, the aircraft crashed.
On Flightradar24-data, the aircraft departed the airport of Jakarta but lost more than 10,000 feet of altitude in less than one minute, about 4 minutes after take-off. The aircraft subsequently went missing and communications with air traffic was lost.
Adita Irawati, the Indonesian Transport Ministry spokesperson, told This Week in Asia that their services are investigating and coordinating the matter with Indonesia’s national search and rescue agency (Basarnas) and the transport safety body (KNKT).
A local newspaper writes that the aircraft crashed close to one of the inhabited islands of the Thousand Islands, a chain of islands to the north of Jakarta’s coast. Meanwhile, the crash was confirmed by Indonesian Minister of Transportation Budi Karya Sumadi.
According to the passenger manifest, the flight carried 6 crew members and 56 passengers.
Pictures that appeared on social media indicate that debris of the aircraft was found. Source