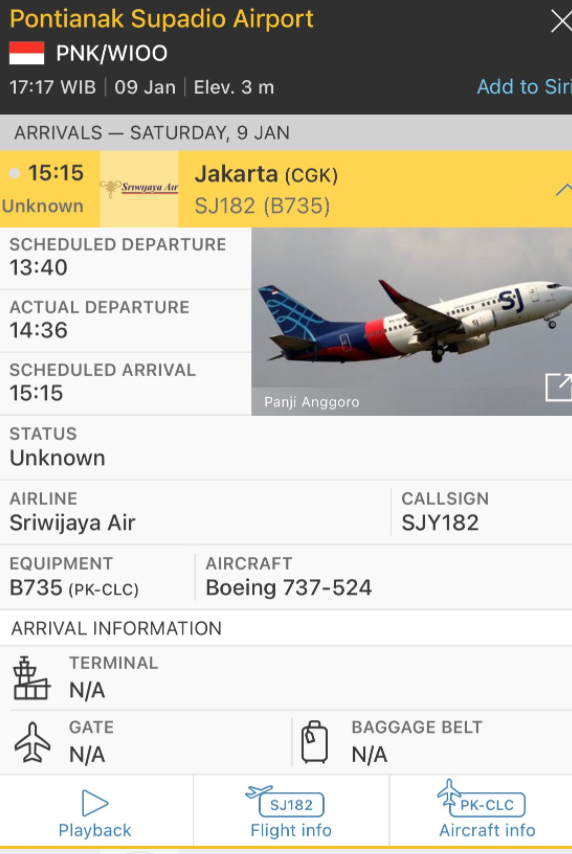 Boeing Jet With 62 Aboard Missing After Takeoff From Jakarta

A Boeing Co. jet with 62 people aboard is missing after losing contact with Indonesia’s aviation authorities shortly after takeoff from Jakarta.
Sriwijaya Air Flight SJ182 was scheduled to depart from the nation’s capital to Pontianak on the island of Borneo at 1:40 p.m. local time, according to FlightRadar24 data, which tracked the plane plunging from 10,900 feet in altitude to 250 feet before it dropped off of the radar. The 26-year-old 737-500 aircraft is a much older model than the 737 Max that was grounded for 20 months in 2019 after two fatal crashes, including a Lion Air disaster that killed 189 people in 2018.
Indonesian authorities said they have sent a search vessel from Jakarta to the plane’s last known location in the Java Sea. First responders were also deployed to the site to aid potential survivors, local TV reported. Flight SJ182 had 56 passengers on board, including seven children and three infants, along with two pilots and four cabin crew, local media reported.
“We are aware of media reports from Jakarta, and are closely monitoring the situation,” Boeing spokeswoman Zoe Leong said in a statement. “We are working to gather more information.” Sriwijaya Air said it’s working to obtain more detailed information about the flight, and will release an official statement later. Source 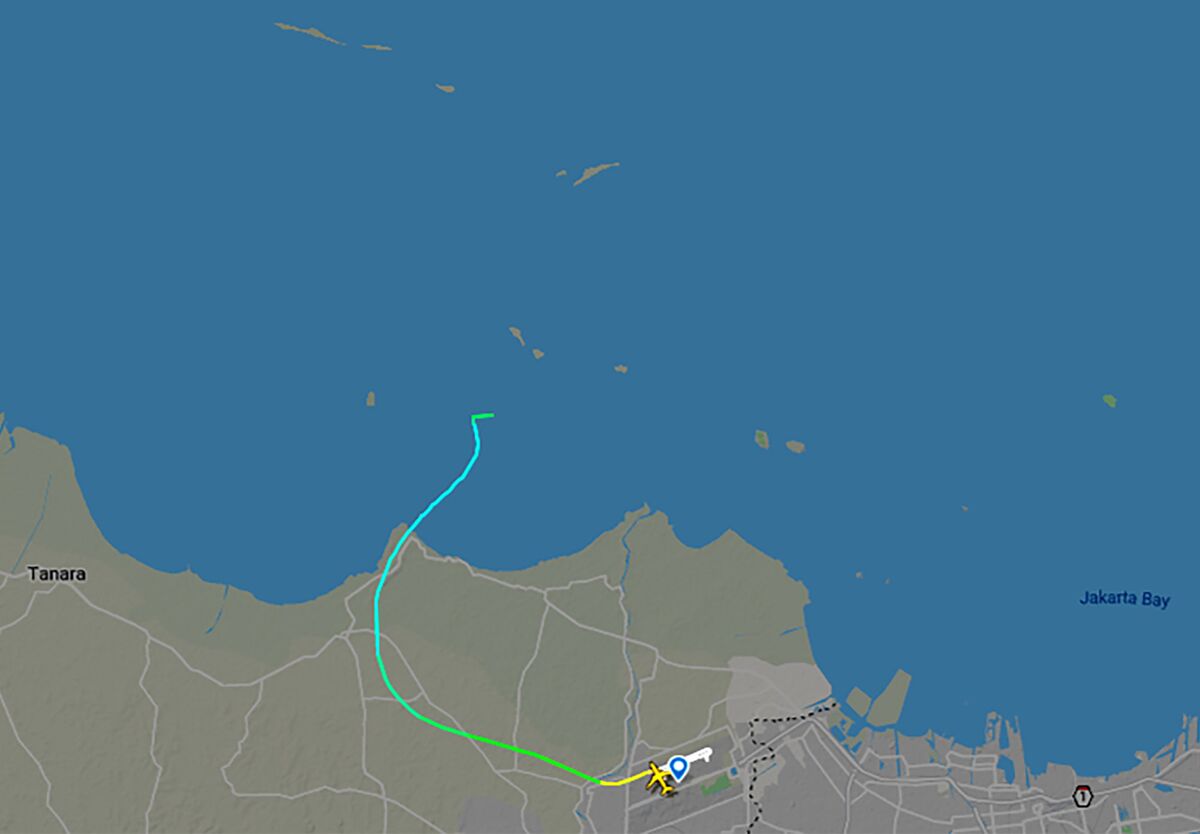