Boeing 737 jet with 62 people onboard 'crashes' after 'falling 10,000ft' following takeoff from Indonesia and VANISHING off radar - as rescuers find debris in the ocean

A Boeing 737 passenger jet with 62 people onboard has disappeared over the sea after plummeting 10,000 feet shortly following takeoff from Jakarta, reports claim. The Sriwijaya Air plane took off from Soekarno-Hatta international airport on Saturday afternoon when it lost contact with the control room. The usual flight time is about 90 minutes over the Java Sea between Jakarta and Kalimantan, Indonesia's section of Borneo island. But four minutes after it took off, the Boeing B737-500 plane plunged nearly 11,000 feet in less than 60 seconds, leaving it at an altitude of just 250 feet before it vanished. There are feared to be 62 people on the 26-year-old plane, including 56 passengers - seven of whom are children and three are babies - as well as two pilots and four cabin crew. And families are now fearing the worst after rescuers looking for flight SJ182 say they have discovered suspected metal debris in the ocean north of the capital. The missing plane is an older model than the Boeing 737 MAX jet involved in two earlier fatal crashes - including the Indonesian Lion Air crash in 2018 which killed 189. Source 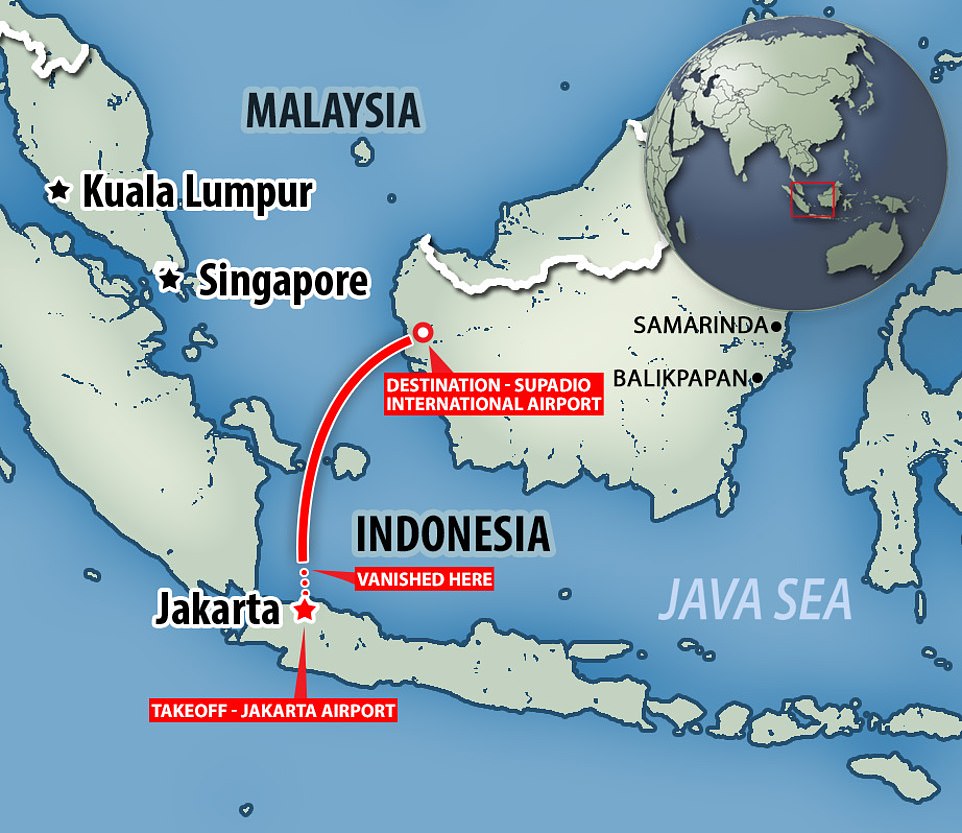