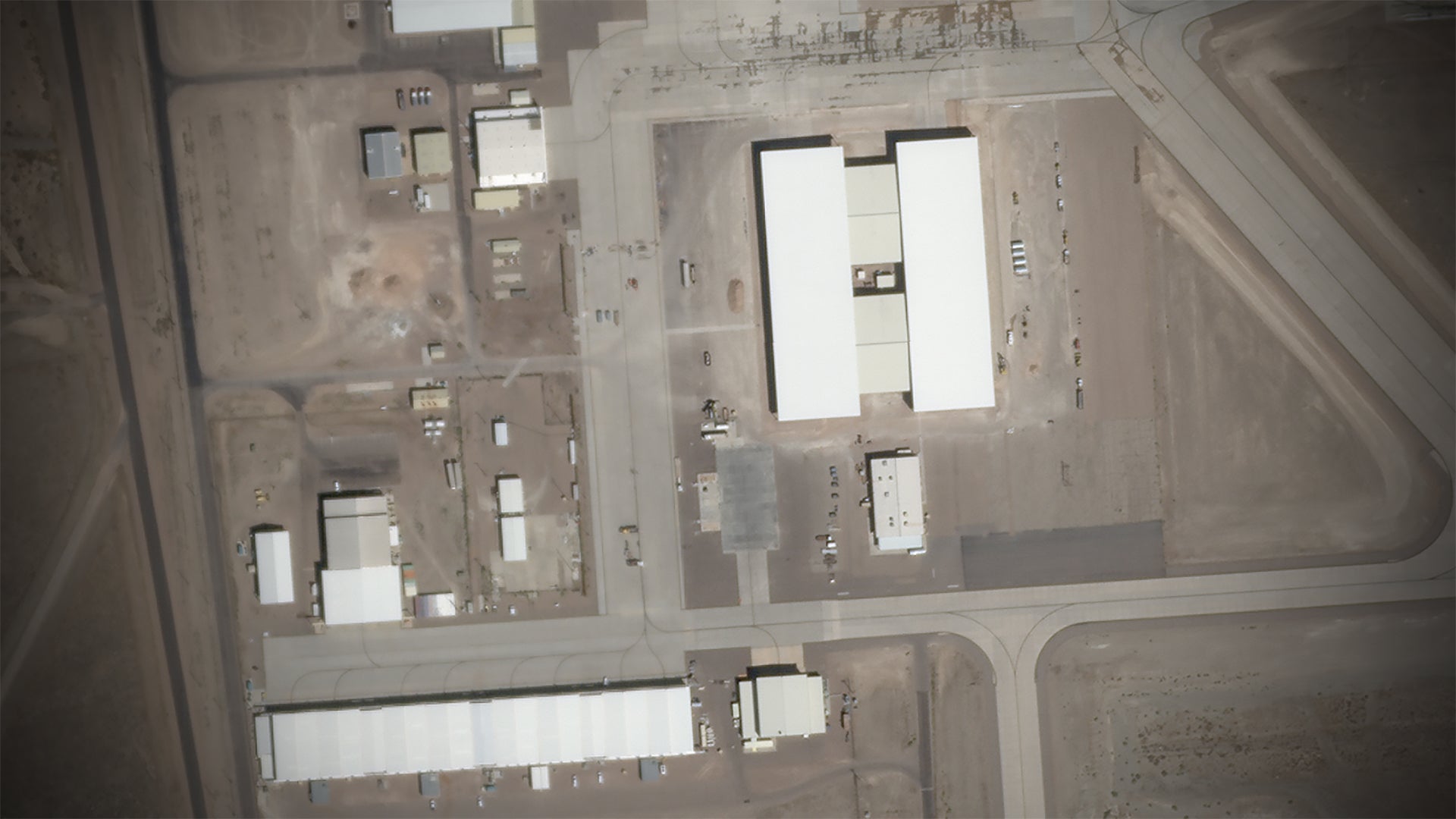 Area 51 Has A Huge New Hangar Facility That Points To A Drone Swarm Future
The Air Force's clandestine flight test center deep inside the Nevada Test and Training Range, known as Area 51 or Groom Lake, among more colorful nicknames, continues to grow as it approaches its seventh decade of operations. Constant construction has grown the remote facility dramatically since the turn of the millennium, including the addition of a massive and still mysterious hangar built at the base's remote southern end. Now, an even larger extension to an existing hangar facility that is quite peculiar in nature points to the very real possibility that the age of large swarms of unmanned combat air vehicles (UCAVs) has finally arrived.
For around a year, construction has been underway in a prominent section of the southern ramp area at the base, near where the original A-12 Oxcart hangars still stand. A quartet of more modern hangars that are divided into two separate buildings, with each bay measuring roughly 90 feet wide, and are understood to be known as hangars 20-23, has been the recipient of a highly curious series of modifications.
The hangars have stood for decades and are thought to largely serve Air Combat Command tactical aircraft programs, including supporting F-117 testing for many years. At first, it looked like they were about to be torn down. This didn't end up being the case. Instead, massive enclosures were built over the aprons that flank the east and west sides of the original drive-through hangars. Source
at September 26, 2020