The air shall be infected by demons, who will appear under all sorts of hideous forms. Blessed Anna Maria Taigi (d. 1837)

Three days of darkness. What causes this darkness?

The visible manifestation of trillions upon trillions of Demons in the darksome Atmosphere - blocking out the sun light and moon light.

According to Catholic Doctrine the demons reside in our lower atmosphere - above 29,050ft - commercial aircraft have a cruising altitude of 35,000ft.

“When the Angels had sinned, and for their transgression were expelled the heavenly abodes; a large part of them were thrust ‘ into hell, called the abyss, and confined there: others of them were suffered to dwell near the moon, and in the region of the air, below the moon, and near our earth.” Eusebius of Caesarea

One reason that God punishes man with the Three days of Darkness is because of our foolishness in flying 24/7 in the habitat of demons or above 29,050ft.

It is established by the Church that demons do reside in our lower atmosphere. We just tend to ignore that fact.

Because modern man denies the reality of the habitat of demons, man will be punished.

Punished with three days of darkness caused by the visible manifestation of trillions upon trillions of demons of the darksome atmosphere.

Now for the Three Days of Darkness Prophecy 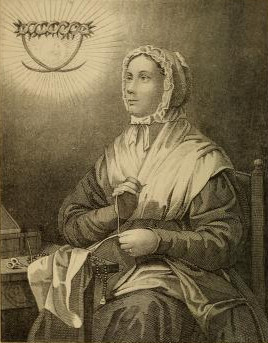 a. "God will decree two afflictions. One will originate on earth, namely; wars, revolutions and other evils. The other judgment comes from the air.

b. "A very thick darkness shall envelop the earth during three days. This awful darkness shall be impregnated with such pestilential vapors, and filled with such frightful apparitions, that they will cause, in a more special manner, the death of the hypocritical or avowed enemies of the Holy Church.

c. "On this terrible occasion so many of these wicked men, enemies of his Church and of their God, shall be killed by this divine scourge, that their corpses round Rome will be as numerous as the fish which a (then) recent inundation of Tiber had carried into the city. All the enemies of the Church, secret as well as known, will perish over the whole earth during* that universal darkness, with the exception of some few, whom God will soon after convert. The air shall be infested by demons, who will appear under all sorts of hideous forms.

d. "During this darkness artificial light will be impossible. Only blessed candles can be lighted and will afford illumination. He who out of curiosity opens his window to look out or leaves his house will fall dead on the spot. During these three days the people should remain in their homes, pray the Rosary and beg God for mercy.

e. "A heavenly apparition shall come to reassure the faithful. St. Peter and St. Paul will appear on the clouds, and all men shall see them ; and, in a supernatural manner, faith shall return to their hearts. Innumerable conversions of heretics shall cause universal edification.

f. "One day, Anna Maria, while shedding a torrent of tears, prayed and offered her actions and sufferings for the conversion of sinners, for the destruction of sin, and that God might be known and loved by all men. Then God manifested to her the horrible sins of persons of every condition, and how grievously he was offended. At this sight the servant of God experienced a profound sorrow, and sighing, she exclaimed : 'Dearly beloved ! what is the remedy for this disaster?' Jesus Christ answered: 'My child, the Church, my spouse, my Father, and myself shall remedy everything. For after a punishment . . . those who shall survive shall have to conduct themselves well/ At this point she saw innumerable conversions of heretics, who will return to the bosom of the Church ; she saw, also, the edifying conduct of their lives, as well as that of all other Catholics.

g. "During several successive days, Anna Maria beheld a most excessive darkness spreading itself over the whole world. She likewise saw falling ruins of walls, accompanied by much dust, as if a great edifice had tumbled down. This scourge was shown to her on divers occasions. This may indicate the ruins caused by frightful earthquakes, or the destruction effected by the wicked Communists. We presume, and assume as pretty certain, that this darkness will be sensible, similar to that of Egypt, mentioned in Exodus, tenth chapter, and that it shall continue during three days.

h. "Religious shall be persecuted, priests shall be massacred, the churches shall be closed, but only for a short time ; the Holy Father shall be obliged to abandon Rome.

i. "Our Lord said to her : 'First five big trees must be cut down in order that the triumph of the Church may come. These five trees are five great heresies/ Then the Servant of God said: Two hundred years are hardly sufficient that all of this may happen/ And Our Lord replied: It won't take as long as you think!'

j. "First, several EARTHLY scourges will come. They are going to be dreadful, but they will be mitigated and shortened by the prayers and penances of many holy souls. There will be great wars in which millions of people will perish through iron. But, after these earthly scourges will come the HEAVENLY one, which will be directed solely against the impenitent. This scourge will be far more frightful and terrible; it will be mitigated by nothing, but it will take place and act in its full rigor. However, in what this heavenly scourge will consist, God did not reveal to anyone, not even His most intimate friends." .
at July 27, 2020