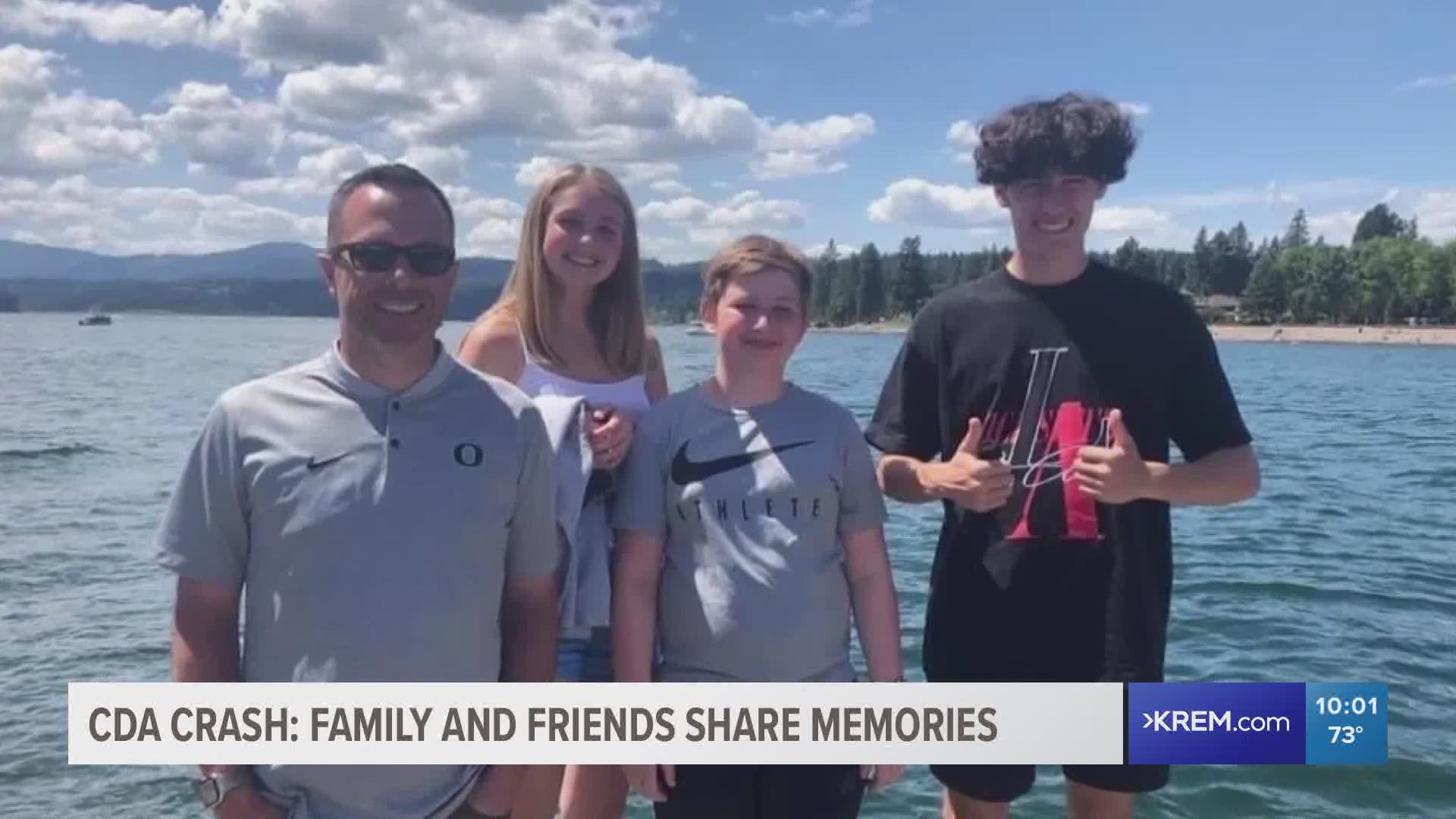 An Oregon father and his three kids were among those who tragically died on Sunday after two planes collided and fell into a lake in Idaho.

PGA golf pro Sean Fredrickson, his son Hayden Fredrickson and his stepchildren Sofia and Quinn Olsen were confirmed by family members as four of the victims who died after the planes crashed above Coeur d’Alene Lake near Powderhorn Bay, according to Fox affiliate KPTV.

April Fredrickson, Sean's wife and Sofia and Quinn's mother, told the outlet that her family had "died while they were on an adventure," and expressed her heartbreak over the tragedy.

"Everyone was so excited to be on that plane… I think that, at the end of the day, they died doing what they loved which was, you know, being together," she told KPTV. "I don’t know a person that did not like my husband. He just had an infectious personality. Always wanted to take care of everybody else."

“My daughter was 15 and … she loved life, she literally loved life. My little guy was Quinn. He was 11 and he was my best friend. He was just always in tune with what I needed," April continued of her kids. "My stepson [Hayden] had just gotten his license, and he had his car, and he had a girlfriend and his life was good. His life was so incredibly good, and he was a happy kid." Source
at July 07, 2020