T-MINUS 2 DAYS...TO SPACEX DOOM: I Pray For The Destruction Of The Space Industry During Sunday Mass 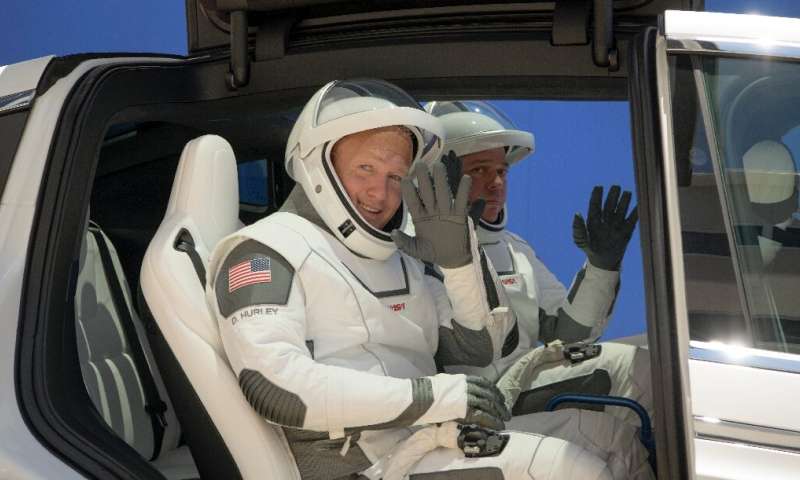 In the beginning, everyone was skeptical. But Elon Musk's SpaceX defied expectations - and on Wednesday hopes to make history by ferrying two NASA astronauts into space, the first crewed flight from US soil in nine long years.

US President Donald Trump will be among the spectators at Kennedy Space Center in Florida to witness the launch, which has been given the green light despite months of shutdowns due to the coronavirus pandemic.

The general public, in a nod to virus restrictions, has been told to watch via a livestream as Crew Dragon is launched by a Falcon 9 rocket toward the International Space Station.

But his successor sees it as a symbol of his strategy to reassert American domination of space, both military - with his creation of the Space Force - and civilian.

He has ordered NASA to return to the Moon in 2024, an unlikely timetable but one that has given the storied space agency a boost.

In the 22 years since the first components of the ISS were launched, only spacecraft developed by NASA and by the Russian space agency have carried crews there.