I Pray For The Destruction Of The Space Industry During Sunday Mass: DOOM For Musk & SpaceX 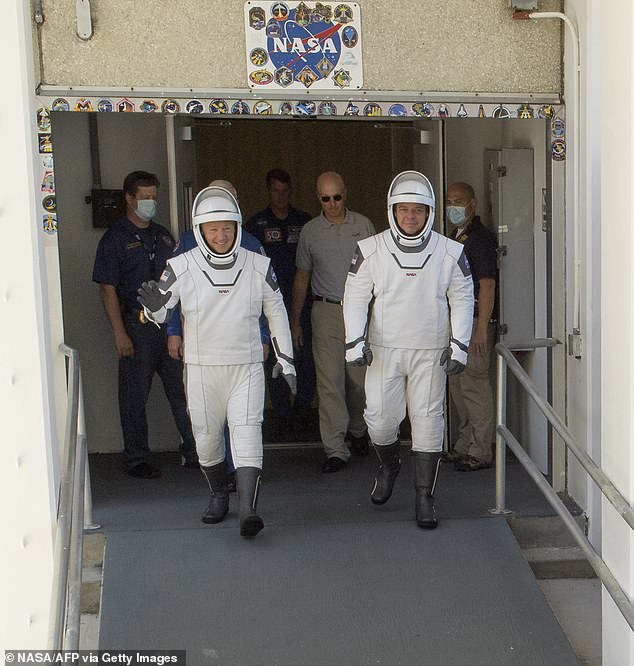 Elon Musk's SpaceX crew on Saturday completed the final rehearsal for their historic mission - the first astronaut launch from NASA's Kennedy Space Center since the last shuttle flight in 2011. NASA astronauts Robert Behnken, 49, and Douglas Hurley, 53, both veteran space travelers, will crew the capsule Wednesday. Hurley piloted Atlantis on its last trip. The two astronauts performed their 'dress rehearsal' Saturday, Hurley said. They arrived at the launch pad at Kennedy Space Center in Florida wearing their SpaceX-designed spacesuits and in a Tesla with the license plate ISSBND, ISS Bound. They then climbed into their Crew Dragon spacecraft at Launch Complex 39A. SpaceX also successfully tested their Falcon 9 rocket Friday. Source