Flying In The Habitat Of Demons: Man Gets Possessed & Tries To Open Door At 30,000 ft On American Airlines Flight To Dallas 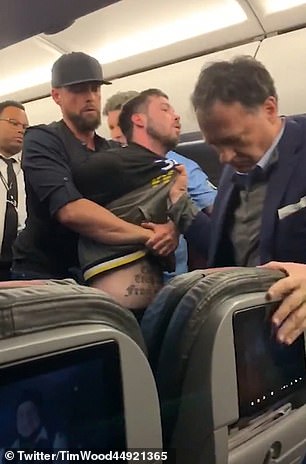 Another airline passenger is tempted by the devil flying at 30,000 ft in the Habitat of Demons....

A passenger had to be held down by flight crew and members of the public after trying to open an emergency exit door mid-flight.  The flight from Chicago to Dallas made an emergency landing in St. Louis on Tuesday night and the man was arrested by police.  Passengers on board the American Airlines flight 2300 said a man tried to open the emergency exit while the plane was traveling at 30,000 feet. Flight attendants and fellow passengers tackled the man and subdued him for 25 minutes, according to eye witnesses. An airport official at the St. Louis Lambert International Airport confirmed a man was removed from the flight and arrested by airport police, according to WSBT.  A video of the incident was posted on social media showed a passenger being restrained before being escorted off the plane by police.  He could be seen being led from the plane after being forced to the ground by passengers and crew and had his hands tied behind his back with duct tape.  The video showed police hauling him from the aircraft, with one member of security grabbing him by his clothing while another gripped him tightly with both arms and dragged from the plane.  Source 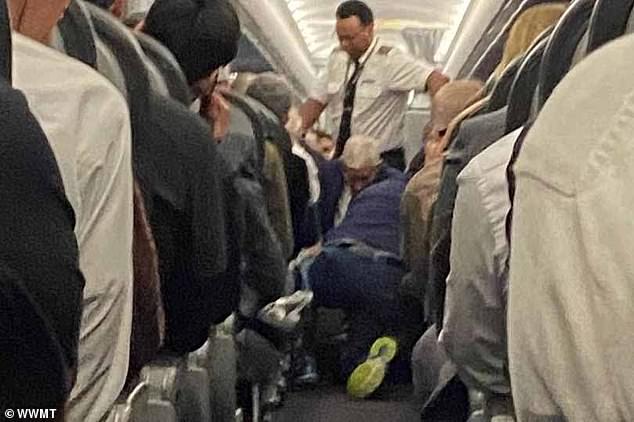 
Article 4. Whether our atmosphere is the demons' place of punishment?