UPDATE JUICE WRLD DEAD AT 21 Suffered DEMONZ Seizure At Chicago's Midway Airport After Flying In The Habitat Of DEMONS Of The Darksome Atmosphere...Summa Th. I EN Qu.64 a.4. Article: 4 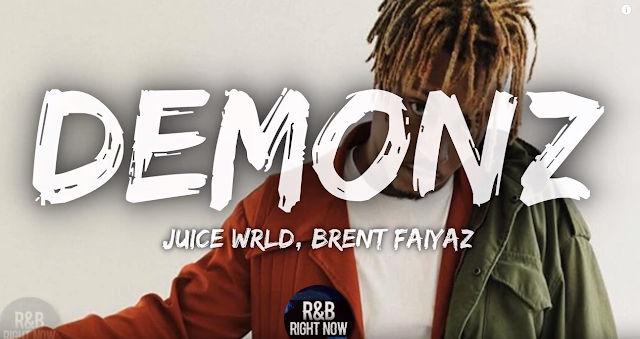 Well this is strange..

Dies upon landing at Midway after flying in the Habitat of Demons of the Darksome Atmosphere.....

I think the DEMONZ are winning.....

Juice Wrld, the talented young rapper and singer whose career was just taking off, is dead after suffering a seizure in Chicago's Midway airport ... TMZ has learned.  Juice's flight from California landed early Sunday morning and, after deplaning ... witnesses tell us he suffered the seizure while walking through the airport. Law enforcement sources say he was bleeding from the mouth when paramedics got on scene.  We're told Juice -- real name Jarad Anthony Higgins -- was still conscious when he was transported by Chicago Fire. However, he was pronounced dead a short time later at the hospital. The cause of death is unclear at this time. Source 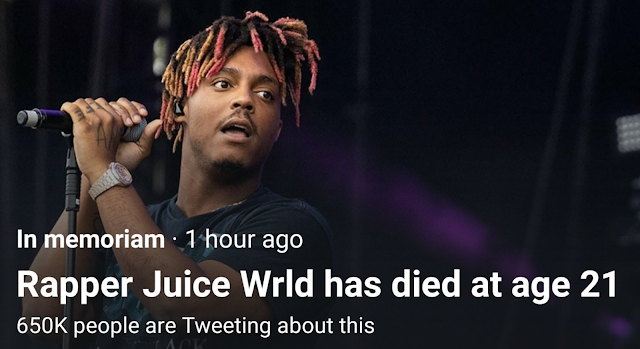 Many do not know this, but flying on commercial aircraft at a cruising altitude of 35,000 ft places one in the Habitat of Demons.

Most don't care about the opinion of St Thomas Aquinas on this matter - heck - even those who pride themselves as Thomists would rather ignore the words of  St Thomas found in Summa Th. I EN Qu.64 a.4. Article: 4. than to give up their Frequent flyer miles.

Problem with flying on commercial aircraft at a cruising altitude of 35,000 ft?

It violates the boundary established by the Blessed Trinity.

That boundary is 15 cubits above the Mountain Tops or about 29.050 ft.

This 29,050 ft boundary is the same level that the water of the Deluge reached during the time of NOE to cleanse the world of all the works of men - both profane and holy.

This is the same 29,050 ft boundary that the fire of the final conflagration at the end of days  that will  burn up all of the works of men - both profane and holy.

You can claim ignorance - but that's no excuse.

So modern man will be punished for violating this 29,050 ft boundary.

I think the DEMONZ are winning.....

UPDATE REVEALED: Juice Wrld died after 'swallowing Percocet painkillers to HIDE them from cops' after his private jet pilot phoned Chicago police to tell them the rapper was flying with 70 pounds of marijuana, hand guns and armor-piercing bullets.

Late rapper Juice Wrld reportedly died after he swallowed a number of Percocet painkillers to hide them from police as they searched his luggage for drugs and guns in a hangar inside Chicago’s Midway Airport on Sunday.  Police and federal agents had been waiting inside the Atlantic Aviation hangar for the 21-year-old’s flight to arrive from Los Angeles at 1:30am yesterday morning, following a tip the musician was in possession of contraband.  The alarm was raised to law enforcement by the pilot flying the ‘Lucid Dreams’ star's jet, who reported that guns and drugs were being carried on board, according to TMZ.  As officers began sifting through his and his entourage's suitcases, the up and coming artist – real name Jarad Higgins – was reportedly seen swallowing several Percocet pills in what witnesses believe was an attempt to hide them.  Source