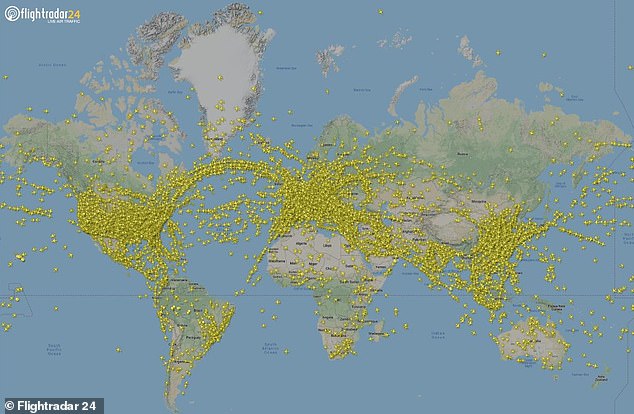 Was this the busiest day in aviation history? Flight tracking app registers over 225,000 aircraft in the skies on Wednesday

Wednesday may have been one of the busiest days in aviation history. Flight tracking app Flightradar24 said it registered over 225,000 aircraft in the skies on that day - the most it had ever recorded in a single day. The figure is made up of every flight the app managed to trace and includes commercial flights, cargo planes, helicopters, gliders and private jets. However, Flightradar24 has only been tracking flights since 2006 and isn't the official supplier of air traffic data, so whether Wednesday was a record-breaker is open to debate. To illustrate just how busy the skies were on Wednesday, Flightradar24 released a snapshot of its world map graphic from that day, which was swarming with plane icons. The majority of the flights were clustered over the United States, Europe and South East Asia. Source