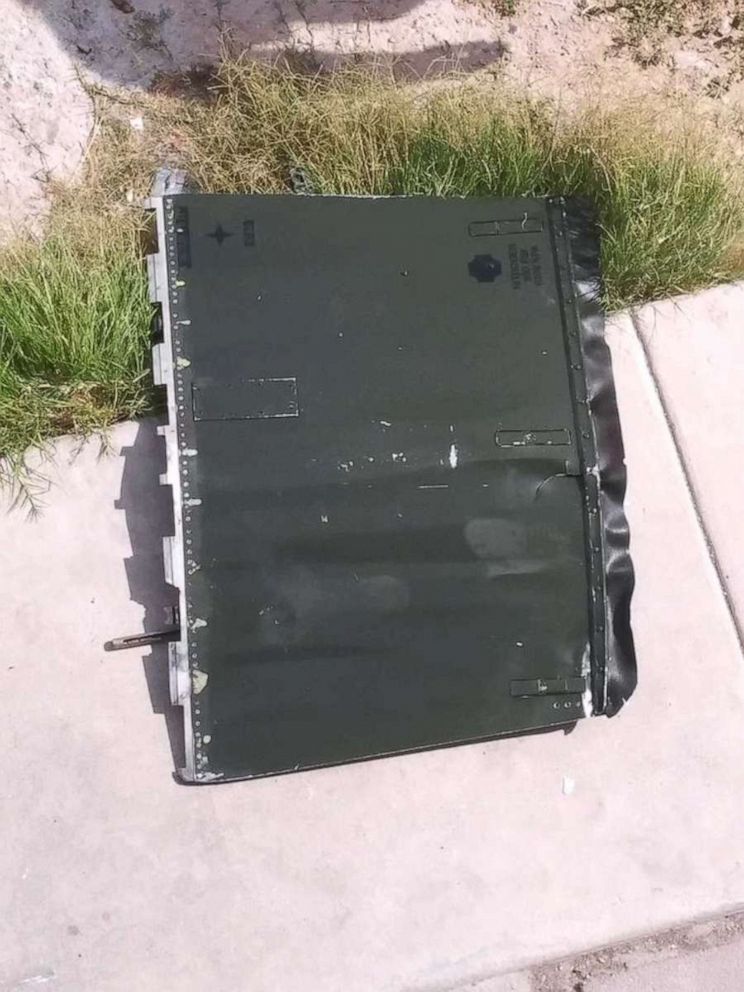 Residents of a neighborhood in Las Vegas got an unwelcome surprise in the form of an airplane door falling out of the sky and hitting an apartment building and car.

The incident took place near Nellis Air Force Base, which is just northeast of Las Vegas. It is unclear what type of plane the debris fell off, but it did not appear to come from a civilian aircraft.

"We are looking into a report that a door or a panel fell off an aircraft near Nellis AFB," the Federal Aviation Administration said in a statement.

A photo taken by a resident in the area of the apartment building showed the door lying on a sidewalk. Source