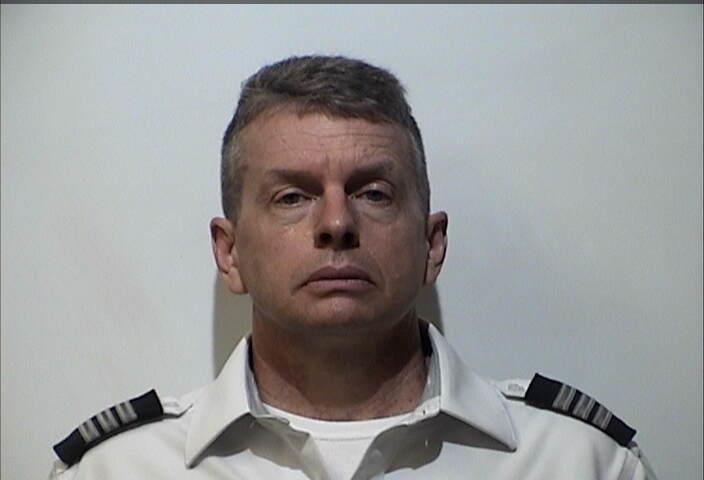 LOUISVILLE, Ky. (WDRB) -- A pilot for an American Airlines subsidiary indicted in a 2015 triple murder in Christian County was arrested in Louisville. According to a news release from the Office of Kentucky Attorney General Andy Beshear, Christian Richard Martin, 51, was arrested early Saturday morning at the Louisville Muhammad Ali International Airport. "It was like something you would totally see in a movie," said Ashley Martin of Elizabethtown, who's of no relation to the suspect. Martin and her mother, Frances Wise, are in Charlotte now, but Saturday morning, they were at the airport awaiting to board American Airlines Flight 5523 from Louisville to Charlotte when the arrest happened. "It was very tense," Wise said. "I think it was very tense. You could tell the employees knew something was going on." When they first heard word their pilot had been arrested, both assumed he was intoxicated on the job. Later in the day, they learned the actual reason Martin is now locked up. "Oh my gosh," Wise remembers saying at the time. Officials say Martin was indicted Friday by a grand jury in the deaths of Calvin Phillips, his wife Pamela and Edward Dansereau. According to authorities, on or around Nov. 18, 2015, Calvin Phillips was found shot to death in his home in Pembroke, Kentucky. Pamela Phillips and Dansereau were found a few miles away in a corn field inside Pamela Phillips' car, which was burned. Pembroke is not far from the Kentucky-Tennessee border. Source

Flying in the Habitat of Demons does have bad side effects