I Pray For The Destruction Of The Airline Industry During Sunday Mass: Technical 'Glitch' Grounds Flights Across Nation... 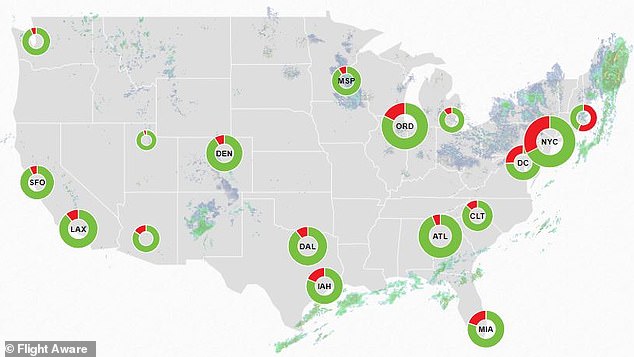 Several major US airlines are experiencing significant delays Monday morning after a computer glitch caused flight disruptions nationwide.       Southwest, Delta, United, JetBlue and Alaska Airlines were forced to ground or delay flights due to a problem with a program called AeroData, which is used to calculate the weight and balance of flights before takeoff, according to the Federal Aviation Administration.   More than 852 flights have been delayed and 36 have been cancelled nationwide as of 9.10am Eastern, including one third of flights at airports in New York City, Boston, Chicago, Detroit and Washington, DC,  according FlightAware's MiseryMap.   A significant portion of flights in Dallas, Charlotte, Atlanta and Miami were also delayed. Source