I Pray For The Destruction Of The Airline Industry During Sunday Mass: Second BOEING 737-8 MAX Crash In Months... New Plane...157 DEAD NO SURVIVORS.... 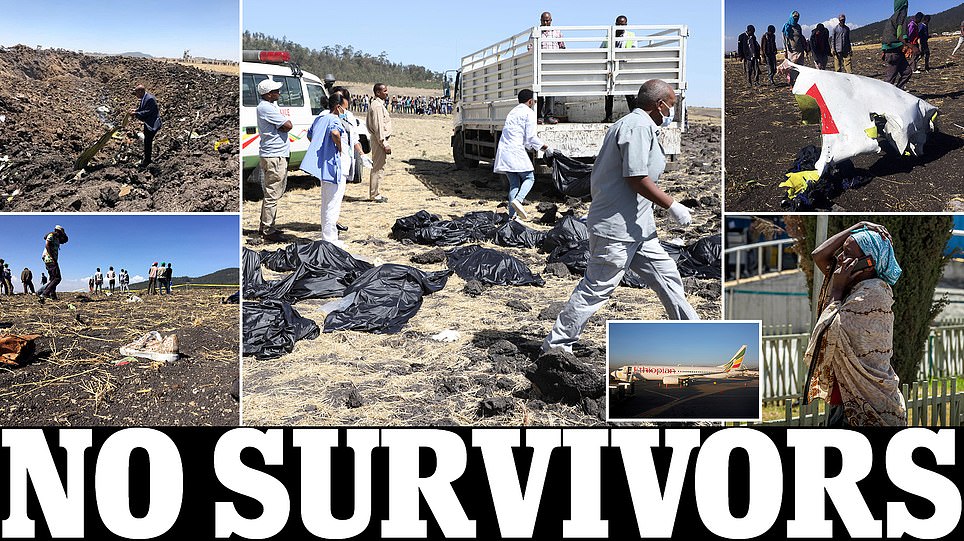 NAIROBI, Kenya—An Ethiopian Airlines jet crashed en route to Nairobi from Addis Ababa, killing all 157 aboard—including eight Americans and 18 Canadians—raising scrutiny of the new Boeing 737 MAX 8 model, which was involved in another deadly crash last year.  The pilot reported an unspecified problem with the plane shortly after taking off on Sunday and asked to return to Addis Ababa’s Bole International Airport. Six minutes after departure, communication was lost. The plane then plunged to the ground near Bishoftu, just south of Addis Ababa. According to flight-tracking website Flightradar24, the plane suffered unstable vertical speed, indicating it didn’t climb smoothly. It also suffered a loss of altitude shortly after takeoff. The plane recovered height before contact was lost.  Boeing Co.’s 737 MAX 8 is an updated version of the U.S. plane maker’s best selling single-aisle plane. The model suffered its first fatal crash in Indonesia on Oct. 29. Accident investigators said that plane, operated by Lion Air, suffered unreliable sensor information before it went down in the Java Sea, killing 189 people.  The aircraft had no reported problems and had arrived in Addis Ababa on Sunday morning from Johannesburg. It had last been serviced on Feb. 4, Kenyan Transport Minister James. Source