Denver Airport's Talking Gargoyle To Ward Off Demons Of The Darksome Atmosphere..... 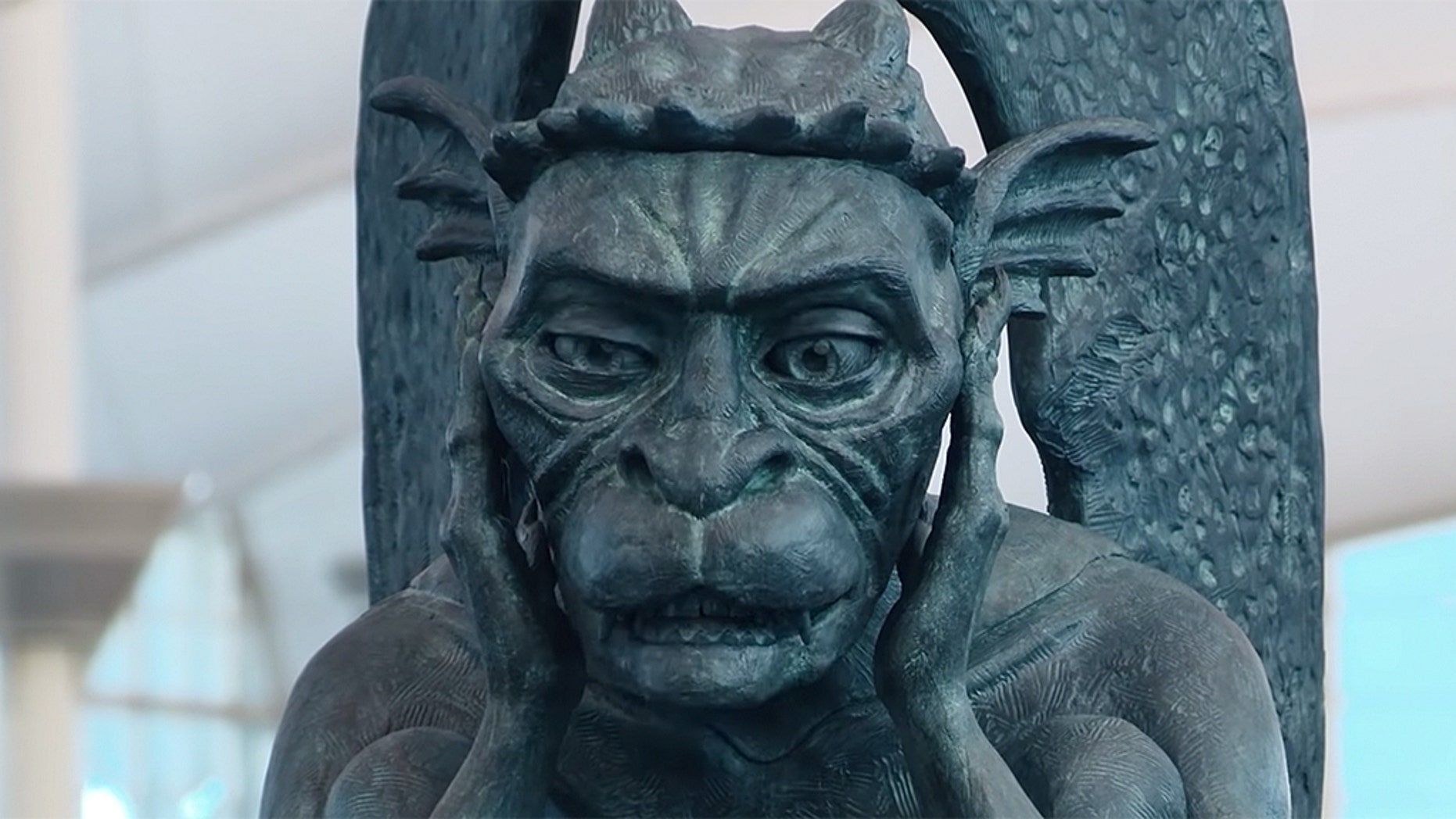 Gargoyles placed high on top of Catholic Churches to ward off demons.......

Travelers passing through Denver International Airport best be aware of the air hub’s newest official — a talking animatronic gargoyle statue that is full of sass, sarcasm and spooky conspiracy theories.  On Thursday reps for DEN unveiled the chatty creature, perched in the main terminal, in honor of the airport’s 24th year in operation, the Atlanta Journal-Constitution reports. The airport shared video footage of the eloquent gargoyle surprising passersby to YouTube, where it has since gone viral with over 70,000 views. Welcome to the Illuminati Headquarters, I mean, Denver International Airport!” the gargoyle exclaims, shocking travelers.  “You know, you can actually put the phone down and have a conversation with me,” the creature – who claims to be 243 years old – chides a “millennial” on their cell phone.  Reps for DEN returned Fox News’ request for comment on the origin and purpose of the gargoyle with the following statement:  “DEN is known for the conspiracies about our airport, and we wanted to find a playful way to embrace the conspiracies. We always strive to win the hearts of our passengers by giving them the unexpected,” a spokesperson said. “We hope the gargoyle gave them all a good belly laugh, and more reason to want to travel through DEN.” Source

Flying above 29,050ft puts one in the habitat of Demons of the Darksome Atmosphere: