SMOKE OF SATAN ON BOARD: Adria Airways CRJ-900 Flight #JP124 With President Of Slovenia Onboard Returned To Ljubljana Due To Smoke Indication

Adria Airways flight #JP124 to Frankfurt took off at 17:50 (local time) on Sunday from Ljubljana airport in Slovenia. Shortly after take-off, pilots received an indication of smoke in the cabin and decided to return to the departure airport. Passengers departed to Frankfurt with another aircraft after two hours.  One of the passengers onboard this flight was the President of Slovenia Borut Pahor, who was heading to the UN Climate Change Conference held in Katowice, Poland. Active on an Instagram politician was the first one to inform about the problems with the Adria Airways aircraft. It’s worth mentioning that according to the Instagram post, president Pahor was travelling to the Conference in an economic class of a commercial flight, despite the fact that Slovenian Air Force owns a business Dassault Falcon 2000 jet designated to transport political VIPs.  It’s not the first time when president Pahor travels on an airliner to an official visit. In March this year, he posted another picture from an economy class when he was flying with Adria Airways and Lufthansa from Ljubljana to Berlin. The picture of this particular flight was published because the luggage of the President got lost.  Source 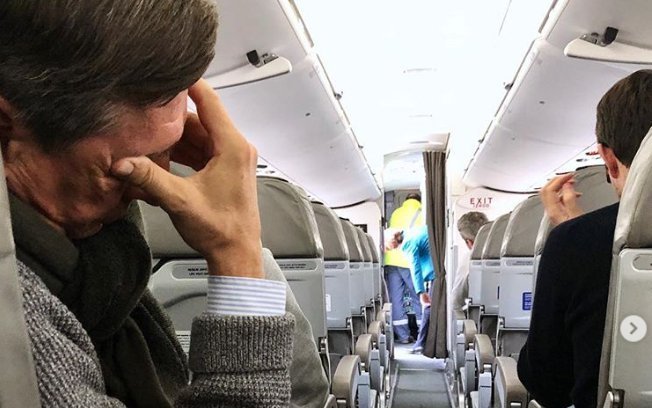 ST THOMAS ON THE HABITAT OF DEMONS: