Jeff Bezos fantasying about putting a Trillion men into space:

Jeff Bezos predicts we'll have 1 trillion humans in the solar system, and Blue Origin wants to help get us there

Blue Origin founder and Amazon CEO Jeff Bezos predicts we'll have 1 trillion humans in the solar system one day — and he laid out Monday how the rocket company plans to help get there. "I won't be alive to see the fulfillment of that long-term mission," Bezos said at the Wired 25th anniversary summit in San Francisco. "We are starting to bump up against the absolute true fact that Earth is finite." Blue Origin's aim is to lower the cost of access to space, Bezos said. He will spend a "little more" than $1 billion next year to support Blue Origin, he said. Source 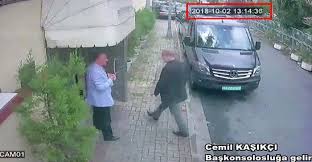 As the story of Jamal Khashoggi unfolds, one significant person has remained silent: Jeff Bezos.

Bezos owns The Washington Post, the newspaper that employed Khashoggi when the journalist entered the Saudi consulate in Istanbul, Turkey, on Oct. 2. Khashoggi hasn't been seen since, and a Turkish official has said that Saudi agents killed and dismembered him inside the consulate, according to The New York Times. The Saudi government has denied any connection to the disappearance.

Bezos, Amazon's CEO and the world's richest person, has made no public statement. Source