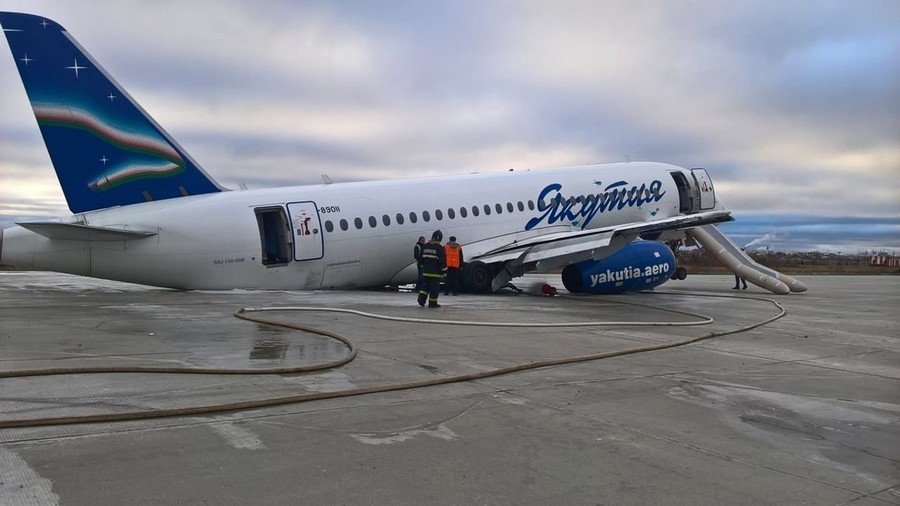 Four people were injured when a Sukhoi Superjet 100 skidded off the runway after a landing in Yakutia. The main landing gear of the aircraft broke during the incident, an emergency services representative told RIA. A total of 91 passengers, including seven children, were on board the Yakutia Airlines flight from the Siberian city of Ulan-Ude. These, along with five crew members, were forced to exit the plane via an inflatable ladder. A criminal investigation has been launched into the incident, which forced the airport to shut down between 3:20am and 10:30am on Thursday. Source