I Pray For The Destruction Of The Airline Industry During The Holy Sacrifice Of The Mass..Lufthansa CityLine A340-300 Damaged By Towing Truck Fire At Frankfurt Airport 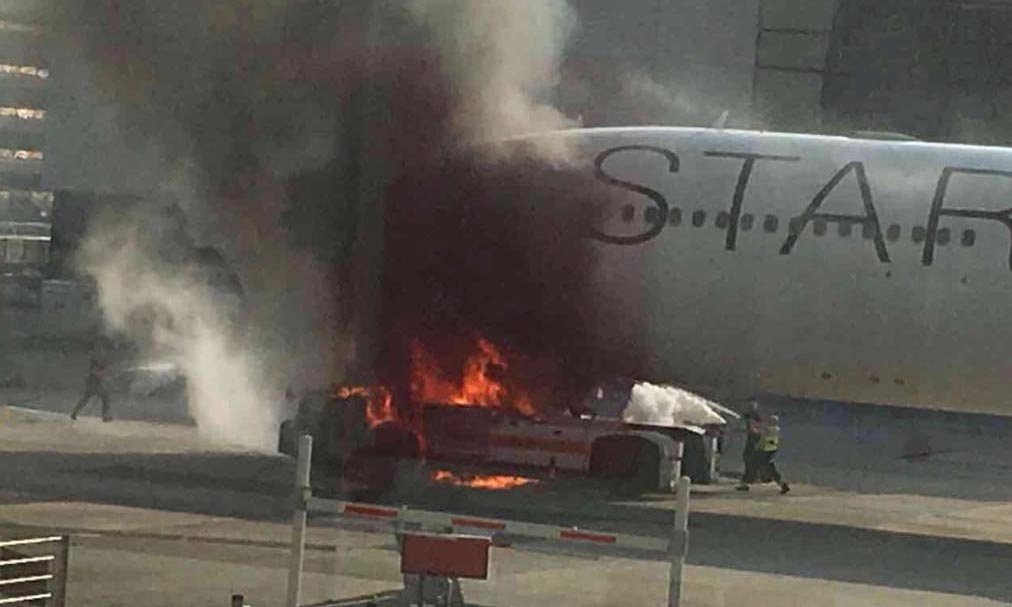 A Lufthansa Airbus A340-300 in Star Alliance livery (operated by Lufthansa CityLine) was damaged by a towing truck fire at Frankfurt Airport on Monday morning. The towing truck caught fire while bringing the aircraft to maintenance facilities at the airport. Emergency crews rushed to extinguish the flames, photos from the scene show the vehicle on fire and flames rising to the cockpit area of the plane, blackening its exterior. The incident reportedly occurred during pushback, where an aircraft is pushed backwards by a towing truck, as most planes are not able to move backwards by themselves.There were no passengers or crew on board this Lufthansa Airbus A340-300 (reg. D-AIFA), however Lufthansa says ten people got injured by smoke and are receiving medical treatment..Source