I Pray For The Destruction Of The Airline Industry During The Holy Sacrifice Of The Mass.....AMSTERDAM SCHIPHOL AIRPORT CLOSED AS POWER OUTAGE SPARKS MAJOR FLIGHT DELAYS FOR PASSENGERS 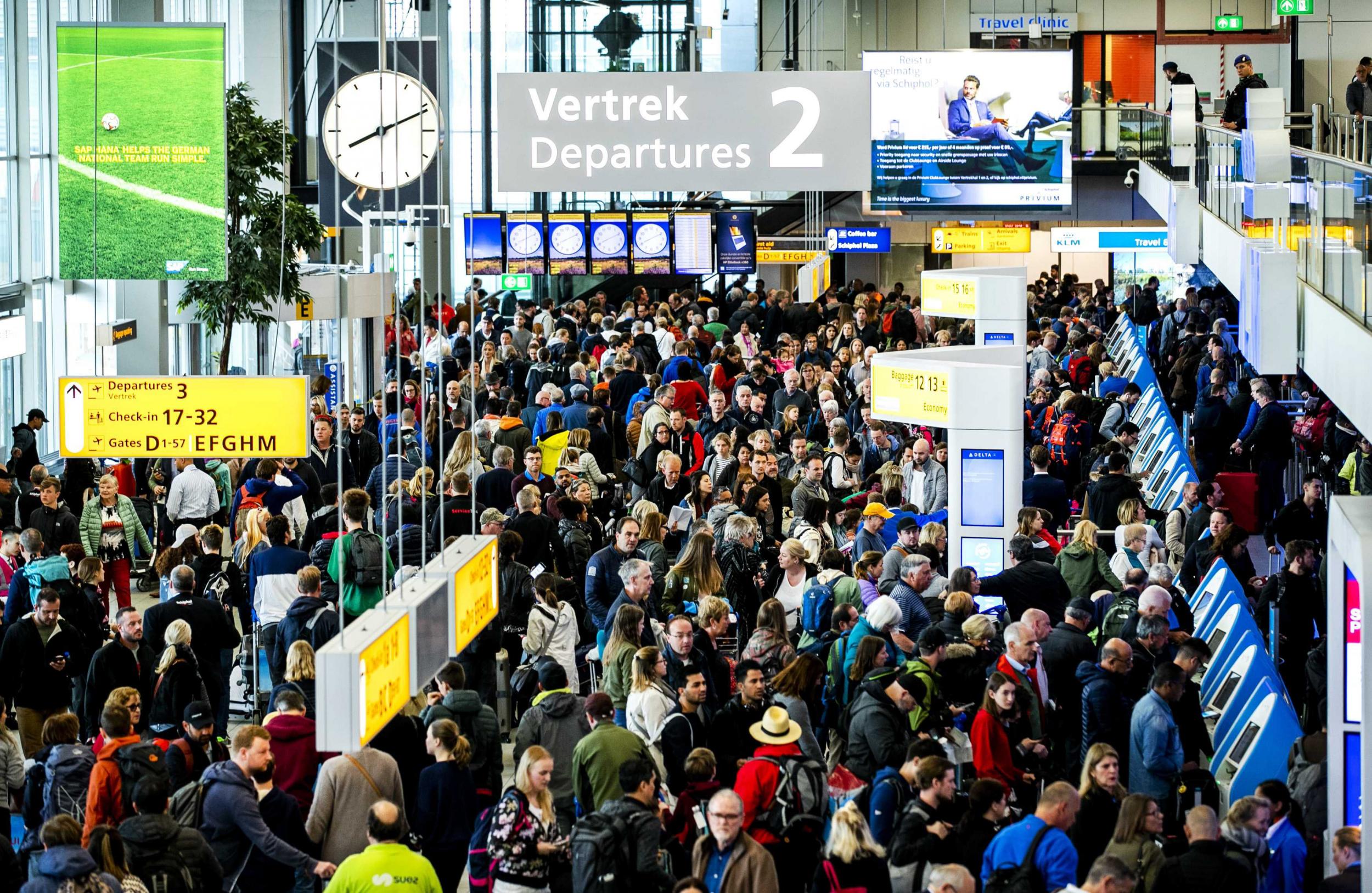 Travellers going through Amsterdam’s Schiphol airport today are being warned to expect serious delays after a total power outage overnight forced officials to close the airport.  Passengers with morning or delayed overnight flights are enduring long queues at desks to rebook or check luggage, which are expected to last all day, as the electricity failure meant all check-in systems were down.  The outage, shortly before 1am, affected around 18,000 households and required Schiphol terminals to be evacuated and incoming travellers by road and train to be halted because of the security risk. At 4.20am the airport advised passengers to leave the airport while it tried to restore check-in and paused all incoming flights until 9am.   The delays have caused long queues on roads into the airport as well, with traffic officials warning anyone coming by car or bus to leave plenty of time.  Some passengers have abandoned the queues and headed to the terminal on foot instead, Sousan Atta tweeted: “Nice walk into Schiphol”  Source