All Three DOOM events took place within days of each other involving three modes of transportation:
Wow more Planes Trains And Automobiles DOOM? When will this end?

China's air force said a military plane crashed Monday during training in the southwestern province of Guizhou.  The People's Liberation Army Air Force said in a brief post on its official account on the social media site Sina Weibo that authorities were sparing no effort in search and rescue operations.  It did not say what kind of plane was involved or if there were casualties.  The Beijing News said the plane went down in the county of Suiyang. It cited the local government as confirming the location of the crash but had no further details.  An official who answered the phone at the Suiyang government offices said he knew nothing about the crash and referred questions to the government's propaganda departments, where calls went unanswered. Police in Suiyang repeatedly hung up the phone when reached. Source 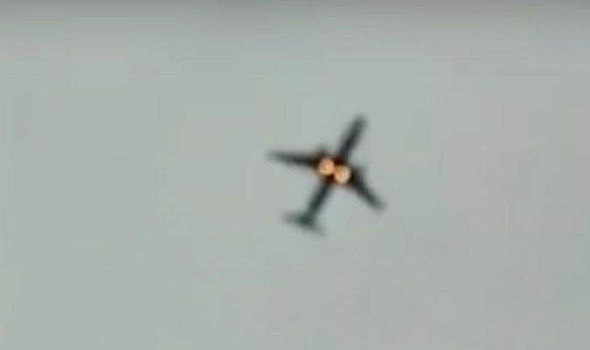 A train hauling Republican lawmakers to their annual retreat in West Virginia slammed into a truck hauling garbage that had crossed the track Wednesday -leaving one dead.   The impact crunched the front of the train's engine, smashed the truck, and left one truck passenger dead and the other two injured.  While the lawmakers on the train were thrown by the impact, there were not reports of serious injuries.   However, a source told NBC News that Rep. Jason Lewis of Minnesota was taken to an area hospital for a concussion. Source

Indian rescue workers on Wednesday recovered another body from a canal where a bus fell earlier this week, reportedly while its driver was talking on his cellphone, bringing the death toll to 43.  District Magistrate P. Ulganathan said rescuers were continuing to search for four people still missing after the bus plunged 30 feet into the canal in Murshidabad district in West Bengal state on Monday.  Source