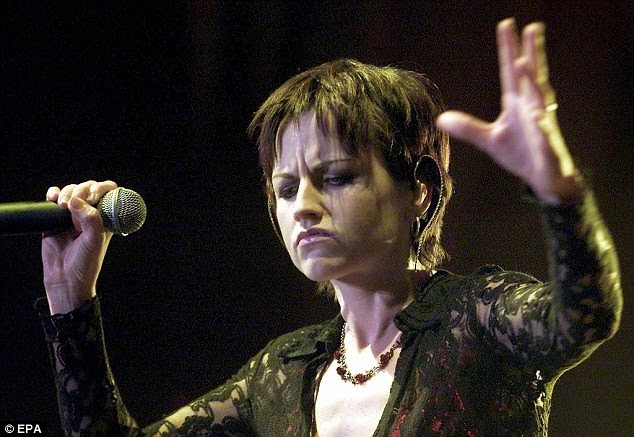 The former lead singer with rock group The Cranberries has been arrested on suspicion of assaulting an air hostess and a police officer. Dolores O'Riordan, 43,was detained at Shannon Airport in Ireland after an incident on a flight from New York's JFK airport and the woman was taken to hospital. Gardai confirmed a woman in her 40s was arrested on the Aer Lingus plane after it landed at 5.30am today. The singer was taken from the airport to Shannon Garda station where she can be detained for 24 hours. A Garda spokesman said: 'Gardai were called to meet the aircraft following an allegation of an assault on a female Aer Lingus air hostess. A Garda was also assaulted during the course of the arrest.' Daily Mail Read More>>>>>