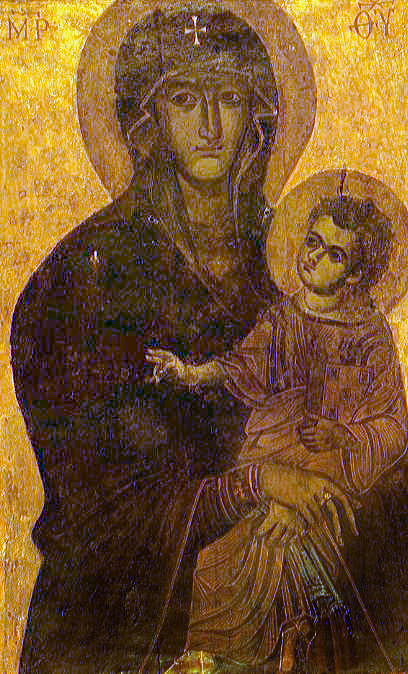 Pope prays before icon of Mary ahead of Apostolic Voyage

(Vatican Radio) On the eve of his Apostolic Voyage to Egypt, Pope Francis on Thursday night made his way across Rome to the Papal Basilica of Saint Mary Major, where prayed before the icon of Mary, Salus Populi Romani – Mary, “Salvation of the Romans.” Pope Francis has made it a custom to visit the popular icon ahead of each of his Apostolic Voyages, in order to ask the intercession and protection of the Blessed Virgin.

Then the Pope flys off to Egypt in the Habitat of Demons of the Darksome Atmosphere flying above 15 cubits above the mountain tops or over 29,050ft.....

St Thomas on where demons reside:

When flying above 15 cubits over the mountain tops (29,050ft)  places one in the habitat of demons.
Two reasons found in the Summa of St. Thomas Aquinas why man is not allow above 29,050ft boundary: