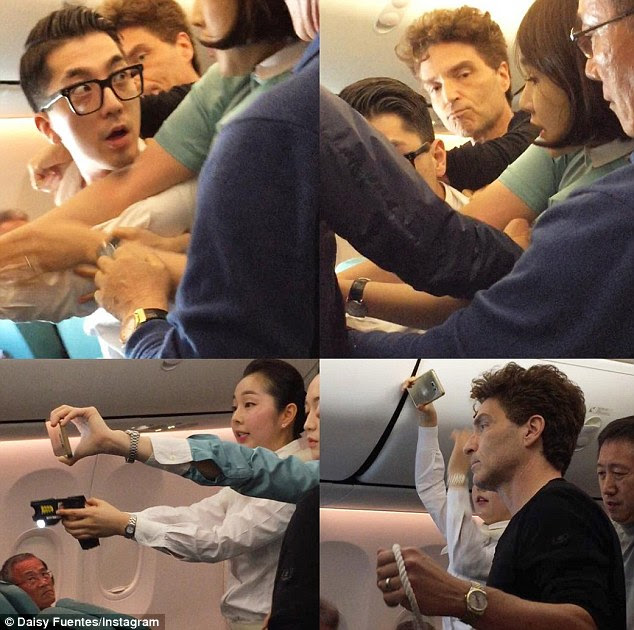 Man became possessed by demons while flying above 29,050 ft - in the habitat of the Demons of the Darksome Atmosphere.

80's Pop Star was on board and help subdue the Possessed man.

Music legend Richard Marx stepped up to the plate, when an unruly passenger got violent on his Korean Air flight. The Grammy Award-winning rocker was on a flight from Hanoi, Vietnam to Seoul, South Korea on Tuesday when a man sitting a row away from him started attacking flight attendants and other passengers. In posts on Facebook, Marx and his wife - TV presenter Daisy Fuentes - say he aided the 'ill-equipped' stewardesses in restraining the passenger for nearly the entire four-hour flight. Daily Mail 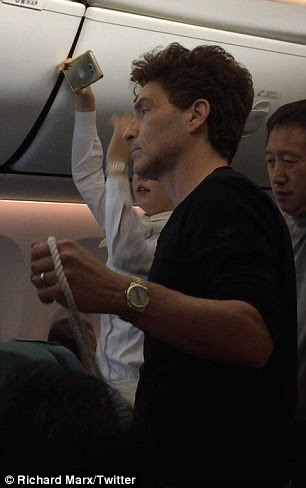