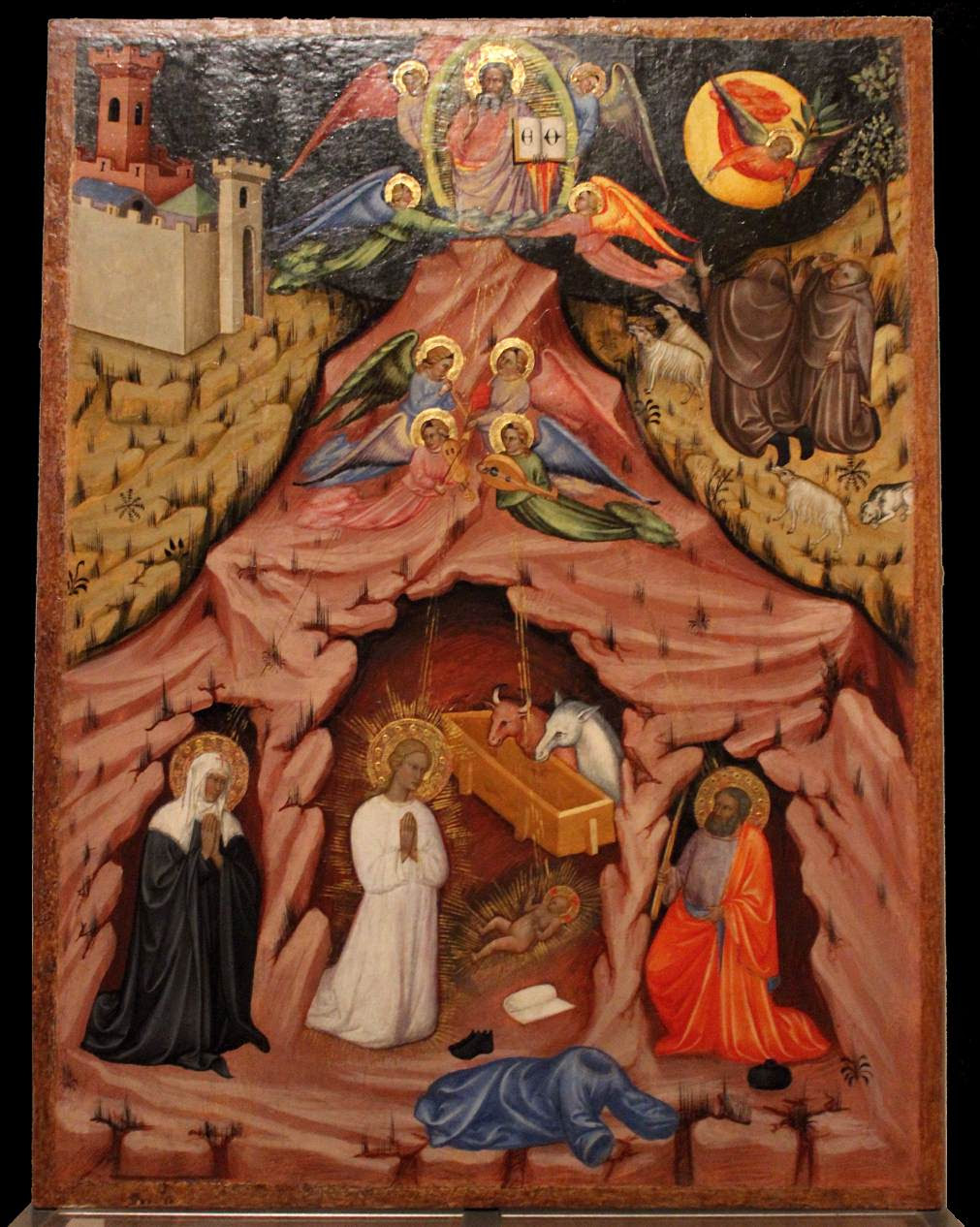 And it came to pass, that when they were there, her days were accomplished, that she should be delivered. And she brought forth her firstborn son, and wrapped him up in swaddling clothes, and laid him in a manger; because there was no room for them in the inn. And there were in the same country shepherds watching, and keeping the night watches over their flock. And behold an angel of the Lord stood by them, and the brightness of God shone round about them; and they feared with a great fear. And the angel said to them: Fear not; for, behold, I bring you good tidings of great joy, that shall be to all the people:For, this day, is born to you a Saviour, who is Christ the Lord, in the city of David. And this shall be a sign unto you. You shall find the infant wrapped in swaddling clothes, and laid in a manger. And suddenly there was with the angel a multitude of the heavenly army, praising God, and saying: Glory to God in the highest; and on earth peace to men of good will. And it came to pass, after the angels departed from them into heaven, the shepherds said one to another: Let us go over to Bethlehem, and let us see this word that is come to pass, which the Lord hath shewed to us. And they came with haste; and they found Mary and Joseph, and the infant lying in the manger. And seeing, they understood of the word that had been spoken to them concerning this child. And all that heard, wondered; and at those things that were told them by the shepherds. But Mary kept all these words, pondering them in her heart. And the shepherds returned, glorifying and praising God, for all the things they had heard and seen, as it was told unto them. Lk.

The husband and wife doctors from Boston among the four killed when a $3M private jet crashed into industrial laser factory in Connecticu...