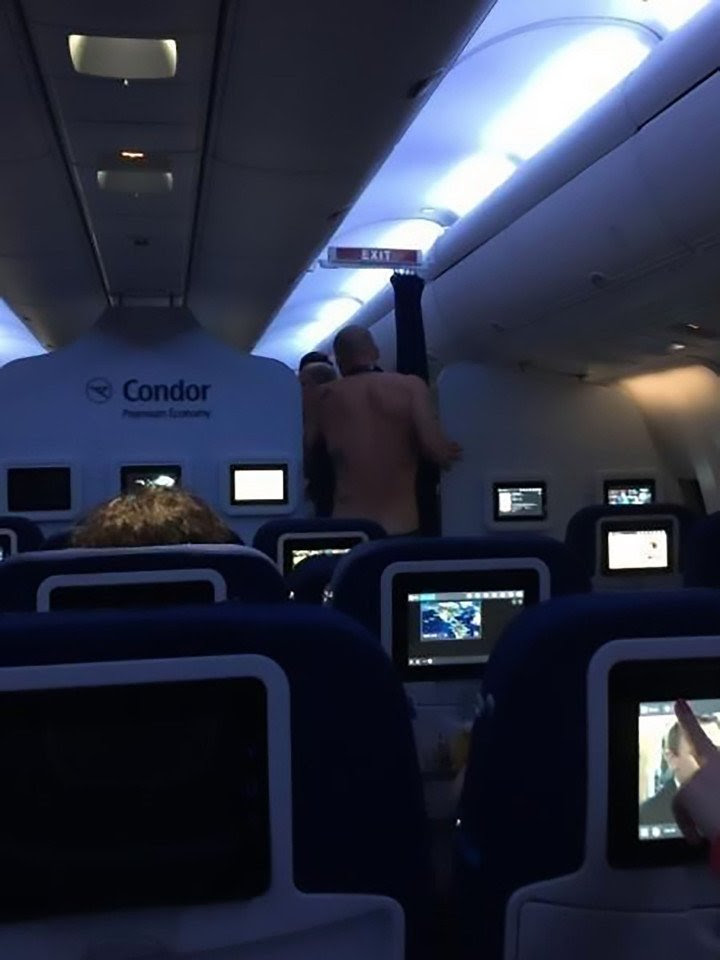 Another Muslim, another flight above the 29,050 ft boundary established by the Blessed Trinity that men must not pass over....

A man was arrested for allegedly threatening to kill passengers, including a toddler, on a flight and stripping off his clothes inside of the cabin, causing the plane to make an emergency landing. A British national who lives in Mexico, was arrested last week when a flight by German charter airline Condor from Cancun, Mexico to Frankfurt, Germany, made an emergency landing in Jacksonville, Florida. The passenger, 34yo, is facing a federal assault charge for allegedly assaulting a flight attendant aboard the Condor Airlines flight that took off from Cancun. The crew branded him a “problem passenger” because he was acting aggressively and demanded alcohol before the plane took off, according to reports.Court documents stated that “about 60-90 minutes into the flight, a crew member was told that he threatened to kill another passenger and had “threatened and intimidated a 3-year-old child.” He also allegedly took his clothes off and told passengers he was going to pee in the cabin. “A crew member and passenger helped restrain him, attempting to escort the man to the lavatory. He allegedly slapped the crew member and assisting passenger twice each,” the federal indictment read. The flight made an emergency landing in Jacksonville, Florida. Air Live Read More>>>>>