Demons Of The Darksome Atmosphere Knock Down Chinese Space Satellite 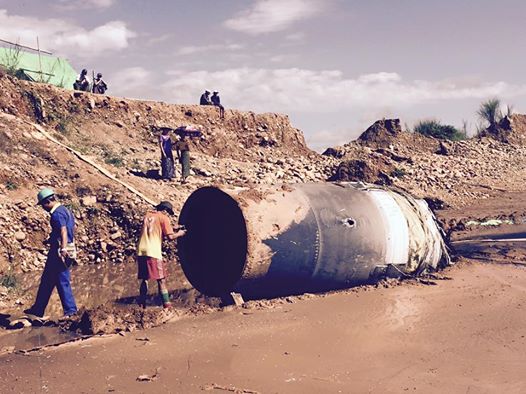 CHINA SPACE MYSTERY Massive chunk of ‘Chinese’ space debris crashes to Earth after falling from sky above Burma Huge metal object assumed to be part of a missile, rocket or even the wreckage of a top secret spy satellite

A GIGANTIC piece of space debris has crashed to Earth after falling from the sky over Burma.  The massive object is the size of a large car and appears to be the wreckage of a rocket or missile. It was found in Kachin state, where it plunged into a jade mine and then bounced 50 metres into a mud pit. A Chinese satellite is believed to have blasted into space aboard a rocket on the same day, although it is not yet known whether this launch is connected to the wreckage.  Residents of a nearby village heard a huge crash when the 4.5m long and 1.2m wide object smashed into the ground.  A piece of metal emblazoned with Chinese writing also sliced through a nearby house, but its residents miraculously escaped injury. Sun Read More>>>>>>>>