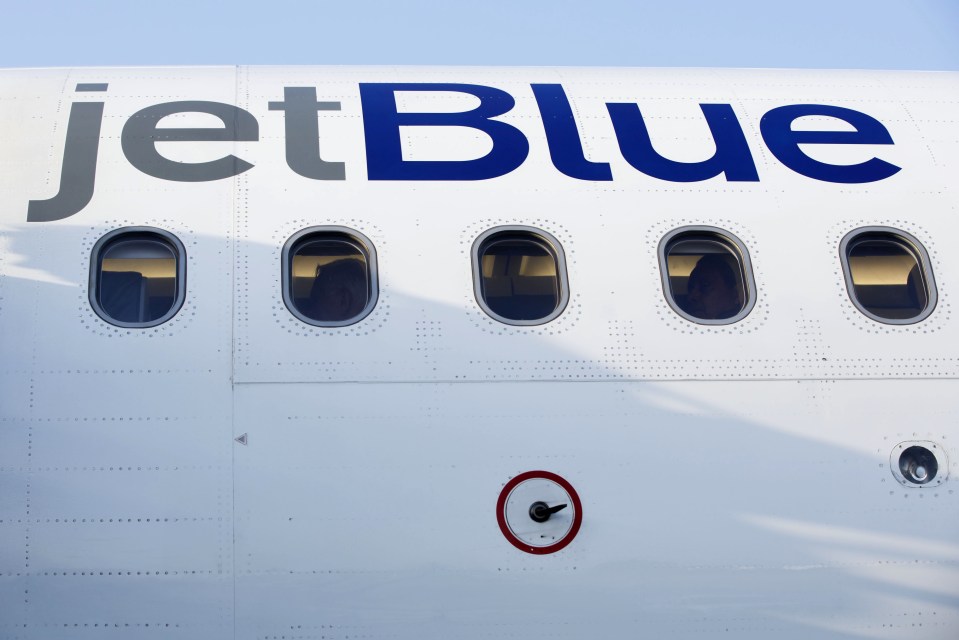 Another flight, another passenger possessed by demons of the darksome atmosphere:

Arrest of Idializ Gomez for Destruction of Aircraft or Aircraft Facilities

Special Agent in Charge Douglas A. Leff of the Federal Bureau of Investigation (FBI), San Juan Field Office, announced the arrest of Idializ Gomez.  On September 6, 2016, the FBI charged and arrested Gomez for destruction of aircraft or aircraft facilities, in violation of Title 18 USC Section 32(a)(1).  On September 6, 2016, at approximately 12:43 a.m., Gomez boarded jetBlue flight 745 originating from John F. Kennedy International Airport (JFK) in New York, New York and terminating in Mercedita International Airport (PCE) in Ponce, Puerto Rico.  During the flight, Gomez utilized a lighter to ignite and successfully damage two blankets and a portion of the in-flight control panel of the seat next to hers.  At approximately 4:31 a.m., flight 745 landed at Mercedita Airport in Ponce and Gomez was detained by agents of the Police of Puerto Rico. Gomez was later placed in FBI custody.  If convicted, the defendant faces up to 25 years’ imprisonment. This case is being prosecuted by Assistant United States Attorney Seth A. Erbe, and investigated by the FBI.   The public is reminded a criminal complaint contains only charges and is not evidence of guilt. A defendant is presumed to be innocent until and unless proven guilty. The U.S. government has the burden of proving guilt beyond a reasonable doubt. FBI

Now for St Thomas on the habitat of Demons that everyone likes to ignore....happy flying