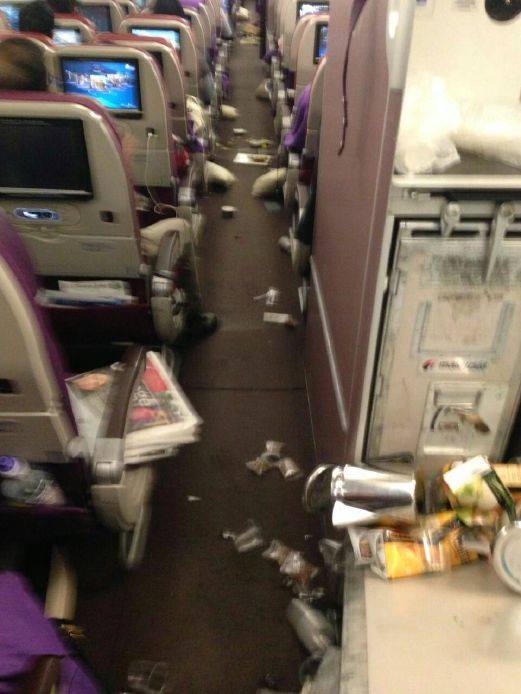 A flight carrying 378 passengers and crew members encountered severe turbulence on a journey from London to Kuala Lumpur - leaving some of those on board injured. Malaysia Airlines flight MH1 experienced 'a brief moment of severe turbulence' over the Bay of Bengal today, the airline said in a statement. Photos shared across social media showed toppled food carts, food strewn all over the aisle and cracks in overhead passenger units. Daily Mail Read More>>>>>>>

Now for St Thomas on the habitat of Demons that everyone likes to ignore....happy flying....