Prophetess Stewardess Samar Ezz Eldin EgyptAir Flight MS804 Predicts The Downing Of The Flight: Posts Photo Of Stewardess Emerging From The Sea With Plane Submerged In The Background 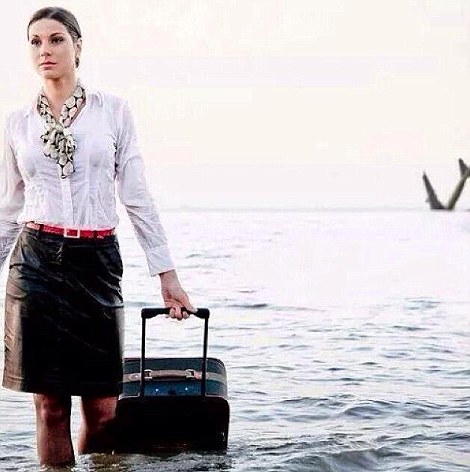 And as one who, with laboring breath,
has escaped from the deep to the shore
turns and looks back at the perilous waters,
so my mind, still in flight,
turned back to look once more upon the pass
no mortal being ever left alive.
Inferno I

Air hostess Samar Ezz Eldin, 27, had uploaded a prophetic image of a plane crashing into the sea on her Facebook page in September 2014 just four months after she started working at Egypt's national carrier. It shows an air hostess dressed smartly in wet clothes pulling a carry-on suitcase out of the water as a passenger jet plunges into the sea behind her. Other victims identified include the captain who celebrated a promotion just four days earlier, the co-pilot whose family sacrificed everything so he could learn to fly and a cabin manager who gave up a successful TV acting career to become an air hostess. Daily Mail Read More>>>>>> 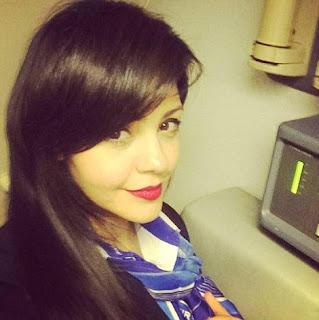 Air hostess Samar Ezz Eldin, joins the ranks of those who predicted details of their own death

Newspaper William Thomas Stead Mogul predicted his death writing a short story in the Pall Mall Gazette "The Sinking of a Modern Liner" In this 1886 account, a mail steamer foundered in mid-Atlantic with a very large death toll.  Stead had written the sentence:  “This is exactly what will take place if liners are sent to sea short of boats.” 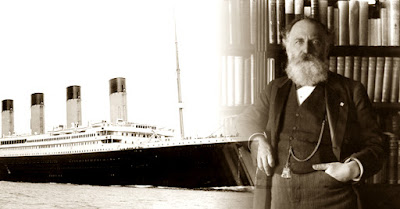