“The seasons will be altered, the earth will produce nothing but bad fruit, the stars will lose their regular motion, and the moon will only reflect a faint reddish glow. Water and fire will give the earth's globe convulsions and terrible earthquakes which will swallow up mountains, cities, etc... Our Lady of La Salette 19 Sept. 1846 (Published by Mélanie 1879)

“Thus for Charlemagne and Roland my attentive gaze followed them both, as one’s eye follows his falcon in its flight.” Par. XVIII

The prize in and of itself is meaningless.

Something is not right, it is evidence of disorder for Pope Francis to be associated with Charlemagne.

If the disorder of things is so great here below, and it is, will this worldly disorder affect the heavens?

As Catholics should know, Angels from each of the nine choirs are responsible for the movement or governing of the stars and planets.

Maybe Pope Francis receiving an award named after Charlemagne will get some attention from up above. And what better sign than to have Mars lose its regular motion as Our Lady foretold.

If Mars loses its regular motion on May 30 then you know that it is a sign that the whole court of Heaven is not pleased with Pope Francis.

Dante placed Charlemagne in Mars Dante was born on May 30th. Mars is to be closer to earth on Dante's May 30th Birthday.....

Mars and Earth are getting closer (for now)

(CNN) — We haven't seen Mars like this in more than a decade. The red planet will soon be closer to Earth that it has been in 11 years: On May 30, Mars will be about 46.8 million miles (75.3 million kilometers) from Earth. Yes, that's still a long way off, but sometimes Mars is 249 million miles (400 million kilometers) from Earth. CNN Read More>>>>>> 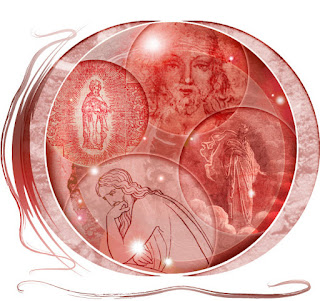