Our Lady Of La Salette & Notorious B.I.G: On Occasions, The Dead And The Righteous Will Be Brought Back To Life 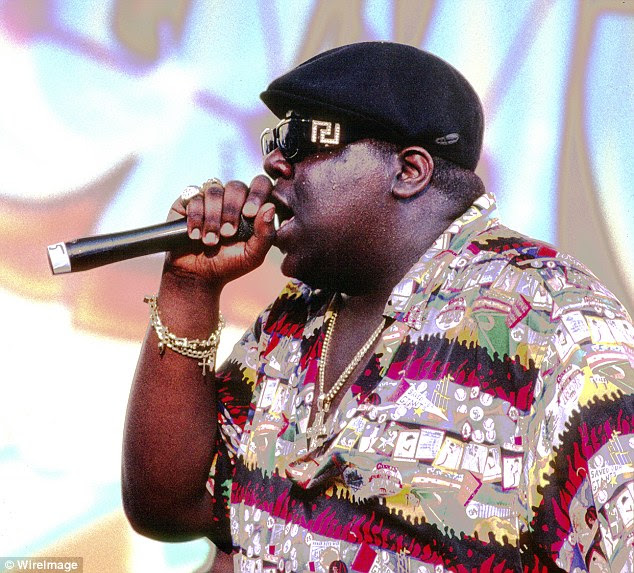 On occasions, the dead and the righteous will be brought back to life. (That is to say that these dead will take on the form of righteous souls which had lived on earth, in order to lead men further astray; these so-called resurrected dead, who will be nothing but the devil in this form, will preach another Gospel contrary to that of the true Christ Jesus, denying the existence of Heaven; that is also to say, the souls of the damned. All these souls will appear as if fixed to their bodies). Our Lady of La Salette 19 Sept. 1846 (Published by Mélanie 1879)

Our Lady said that the dead that will be brought back to life will be nothing but the devil in this form, but the men at Augmented Reality Holographic Technology, & ByStorm Entertainment claim its all science:
HOW 'HUMAGRAMS' WORK


HumaGrams are not technically holograms, but rather interactive ‘holoportations.’ They are made up of front and back projection planes, which are synchronized by the ARHTengine. The team creates the ‘digital humans’ by working closely with existing footage, to sculpt a person down to the specific mannerisms. Or, fictional characters can also be created using 360-degree recording techniques. HumaGrams are then 'beamed' through the internet onto projection planes to create photorealistic stereoscopic 3D forms. This means that, while it creates the appearances of 3D, they don't actually have a full 360 form. The HumaGrams come to life as single- or multiplane projections, or on a flatscreen TV. With the ARHTengine, a HumaGram can track, manage and measure all of the interaction with its viewer. The operating system allows users to customize the interaction between the 'hologram' and viewer

Devils or science?..or a little of both...

How Notorious B.I.G. will be brought back to life: Firm reveals its 'humagram' tech could create a virtual version of the rapper
He passed away almost 20 years ago, but now one firm plans to bring the late Notorious B.I.G. back from the grave. ARHT Media secured the rights to the holographic image of the deceased east coast rapper and says it will give fans another chance to see him perform on-stage and in music videos. Called 'HumaGrams', the technology produces 3D interactive digital humans, which can be scaled to fit in a venue of any size. HumaGrams are neither volumetric nor light-based, meaning they are not technically holograms. They are 2-way interactive, so the audience can interact with the projection. ARTH, short for Augmented Reality Holographic Technology, partnered with ByStorm Entertainment, who handles the late rappers estates, alongside singer Faith Evans and Biggie's mother Voletta Wallace, in order to reproduce Christopher Wallace as an interactive hologram, reports Billboard.com. 'We have a very sophisticated transmission technology for beaming these digital humans through the public Internet to literally any point on the planet,' says ARHT CEO Paul Duffy. Daily Mail Read More>>>>>