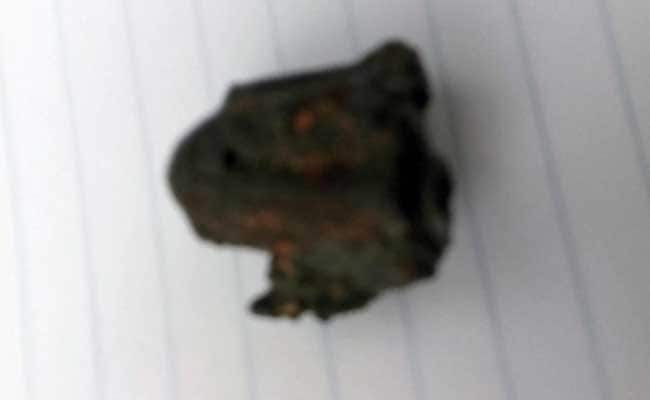 Meteorite: killed a man in India and wounded three others in an explosion. A Bomb was was first suspected. Now authorities claim that the explosion was caused by a Meteorite:

Here are the details of the incident:

CHENNAI: A day after a man died and three others were injured in a mysterious explosion in Vellore, Tamil Nadu Chief Minister J Jayalalithaa said the "mishap" was caused by a falling meteorite.

Kamaraj, a bus driver of the Bharathidasan Engineering College located near Natrampalli, had died on Saturday when an explosion was heard near the water tank.

The explosion left a crater in the ground and shattered window panes of buses and the building.

The man, who was walking past the building, had suffered serious injuries and died.

Authorities say they have recovered a piece of the meteorite.

A statement issued from the Chief Minister's Office on Sunday said, "A mishap occurred yesterday when a meteorite fell in the campus of a private engineering college in Vellore district's K Pantharappalli village."

The chief minister announced a relief of Rs. 1 lakh to his family and Rs. 25,000 to the three people injured.

"I have ordered the Vellore district administration and hospital officials to provide them best treatment," the statement read. While it was initially suspected that it was a bomb blast, forensic experts could find no trace of explosives, reports said.

An earlier such incident was reported from Alangayam in the same district in January, but there had been no casualty.