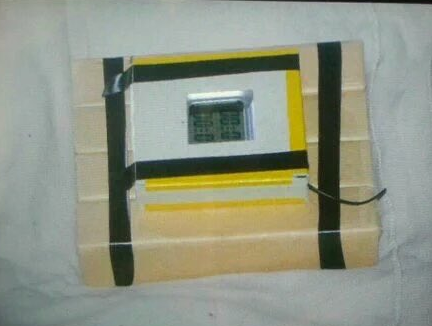 The above bomb was fake. It was found in the lavatory, why would Muslims leave a fake bomb in the toilet unless the Muslims intended to hijack the plane claiming that if their demands were not met that they would then denote the bomb.


The Six Muslim were not able to bring any weapons on board,  so a fake bomb was brought on board - undetected by authorities, a fake bomb is the best way to provoke fear into the passengers & crew. Apparently the six Muslims got cold feet, after the bomb was found by one of the passengers. The Muslims were members of Boko Haram

Here are the news reports from Air Live.net, The Telegraph & RT


BREAKING Bomb scare diverts Air France flight #AF463 from Mauritius to ParisAn Air France flight #AF463 from Mauritius to Paris CDG has been forced to make an emergency landing in Kenya after a bomb was found on board. The pilots of the Boeing 777 (reg. F-GZNN) requested to land at Moi International Airport in Mombasa after the package was discovered in the toilet. Aircraft landed normally at 00.36 AM local time. Investigation ongoing. Passengers taken care of by station staff. AirLive.net Read More>>>>>> 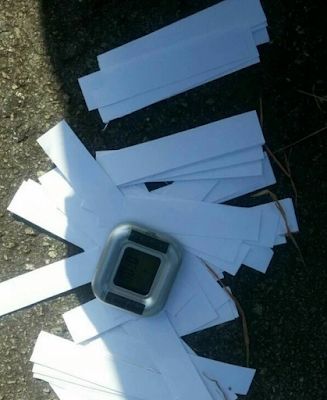 Suspect package found in a lavatory on board the flight from Mauritius to Paris A suspected bomb has forced an Air France flight from Mauritius to Paris to make an emergency landing in Kenya. The pilots of the Boeing 777 are said to have requested to land at Moi International Airport in Mombasa after a suspect package was discovered in a lavatory. All passengers were safely evacuated by the aircraft's emergency slides and the item is now being examined by bomb experts, a police spokesman said. The Kenya Airports Authority said what was “believed to be an explosive device had successfully been retrieved” from the plane. Police spokesman Charles Owino said: “Bomb experts from the Navy and the CID were called in and took the device which they are dismantling to establish if it had any explosives."light AF463 was carrying 459 passengers and 14 crew members. It left Mauritius at 9pm (1am GMT) and was due to arrive at Paris Charles de Gaulle at 5.50am local time. The pilots requested an emergency landing at 12.37am. One passenger, Benoit Lucchini from Paris, said: "The plane just went down slowly, slowly, slowly, so we just realised probably something was wrong. "The personnel of Air France was just great, they were just wonderful. So they keep everybody calm. We did not know what was happening. Telegraph Read More>>>>> 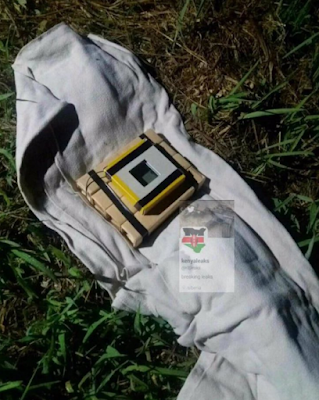 Most of the passengers were white folk expect for the six dark Muslims, and these six were the ones that were arrested.

"There was a very big noise in the plane. Then, at some point, the plane shook a lot," Audrey, one of the passengers, told Europe 1 radio. "They [plane crew] told us… that our lives were in danger.” During the flight, one of the passengers found something that looked like "a stopwatch mounted on a box,” the official told AP.The device found on board the plane was a dummy bomb, French iTELE reported, citing its sources.The Boeing 777 Air France flight 463 was carrying 459 passengers and 14 crew on board, police spokesman Charles Owino said. The plane was flying to Paris’s Charles de Gaulle Airport when it was forced to land in the Moi International Airport in the Kenyan city of Mombasa. According to Owino, all the passengers and crew members have been safely evacuated. He added that bomb experts are currently investigating the device that was found in the bathroom.“The pilots requested an emergency landing when a device suspected to be an explosive was discovered in the lavatory,” Owino said. Air France said in a statement that the passengers and crew "are [being] taken care of by Mombasa's airport ground staff and will be accommodated.” “An investigation is being led by the authorities to identify the source of the threat…This Mombasa-Paris flight is scheduled to leave in the late afternoon of Sunday, December 20," the statement added. RT Read More>>>>>>>>