An Australian storm chaser has photographed a sprite - an incredibly rare flash of red light that appears above thunderstorm clouds. The stunning meteorological phenomenon was captured by photographer Grant Rolph as he filmed a large storm near Darling Downs in southern Queensland. The beautiful burst of light is seen floating like a glowing UFO in a star-filled sky, well above the thick storm clouds and lit up by a bolt of lightning. Mr Rolph told Daily Mail Australia it was the first time he had captured a sprite on a camera, but that he didn't notice it until he reviewed his footage later on. 'Unfortunately I didn't see the sprite with my naked eye,' he said. Sprites are essentially large electric bursts of energy that form above thunderstorm clouds. They are brightest at an altitude of around 65 kilometers but can be seen as faint wisps at lower altitudes. They appear red at higher altitudes and dim to blue at lower heights. The incredible flashes of light are caused by huge electrical discharges of lightning in the sky, and get their deep red hue from nitrogen molecules in the air. Daily Mail Read More>>>>> 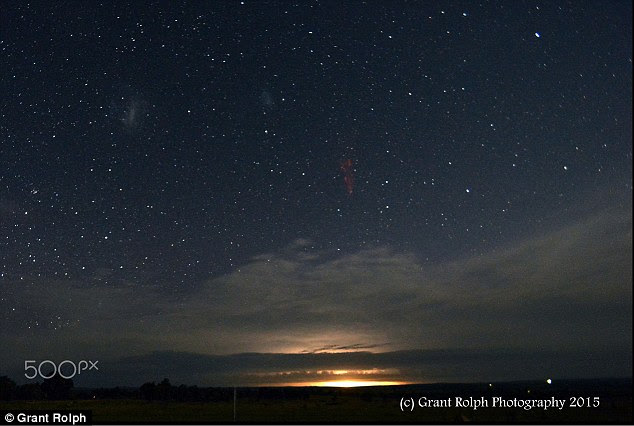 Now for St Thomas on the Demons of the Darksome Atmosphere: