Woe to the inhabitants of the earth! There will be bloody wars and famines, plagues and infectious diseases. Our Lady of La Salette 19 Sept. 1846 (Published by Mélanie 1879)

“The earth will be struck by calamities of all kinds (in addition to plague and famine which will be wide-spread). Our Lady of La Salette 19 Sept. 1846 (Published by Mélanie 1879)

British Airways supports the Lesbian, Gay, Bisexual and Transgender (LGBT) community, both within our organisation and amongst our customers. By recognising and embracing the differences in our staff and customers we help to promote an inclusive environment that treats everyone according to their individual needs. On our web site at ba.com we have a dedicated page, Flying with Pride for our LGBT customers, which focuses on our involvement in Gay Pride, highlights fares to popular LGBT destinations and outlines our diversity commitment for anyone interested in joining British Airways.

LOL! Look BA has a tranny that works for them! BA parades tranny around: 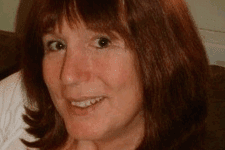 Suzi James is an IT Portfolio Manager at British Airways. Here she tells her story about her gender reassignment and her diversity work within the company.

“I know that British Airways wants people of every sexual orientation to feel valued at work – it provides us with the strength to deliver excellent customer service worldwide. My personal experience, and those of other employees involved, helps British Airways evolve more effective diversity strategies within the company and with customers.

I work with our Sexual Orientation Strategy Group and our employee network group BANGLES (British Airways Network for Gay, Lesbian, bisexual and transgender Employees), as well as external organisations such as Stonewall, to create understanding amongst colleagues about the impact of sexual orientation issues. We also work closely with our commercial department to provide tailored offers for the LGBT market.

My gender reassignment over ten years ago was a very positive experience, with the support of colleagues, friends and family. For example, after informing my colleagues of my transition at the time, I received dozens of emails, all supportive.

Through my various roles and locations within British Airways I have met and worked alongside people of all kinds of backgrounds, and over the years have witnessed increasing enlightenment and understanding. This is not necessarily true for everyone everywhere. Misunderstanding and lack of knowledge remains in some areas, which can lead to bullying and unequal treatment. Through the Sexual Orientation Strategy Group, and as a member of BANGLES, I hope to help in some small way to overcome such intolerance. BANGLES aims to connect LGBT staff throughout the airline to share information, ideas, learning and experience and so support their personal and professional success. We meet professionally and socially through the network.

British Airways is an active Stonewall Diversity Champion, which allows us to network and share information on sexual orientation equality with over 600 other employers across the UK. We also take part in Stonewall’s Workplace Equality Index, which help us to evaluate our workplace practices on sexual orientation equality, to make sure British Airways is being fair as an employer.”

Here is the reality on Malaria:

BA Flight attendant are not required to get a Malaria shot? I find it hard to believe.

BA lies about men becoming woman so its not hard to believe that BA is lying about BA flight attendant dying from EBOLA:

NEWS British Airways flight attendant dies from disease, malaria, in Africa after being on #BA81 to Accra

The stewardess was working on long-haul flight from Heathrow to Accra on flight BA81 Fellow crew members say she showed signs of illness while in hotel in Ghana A major investigation is underway to find out how the stewardess contracted the disease. Source says 'it is devastating for her family and all who knew her. There is a huge concern about cabin and flight crew flying to Ghana after such a tragic incident.' 'We are hoping that all safety measures are now taken to make sure it does not happen again.' It is known that all BA crew who fly to Ghana are given anti-malaria tablets and are given medical advice on how to protect themselves from diseases when working abroad. BA refuses to discuss the tragedy on reasons of confidentiality. AirLive Read More>>>>>

Here is definition of Vengeance:


Vengeance: punishment inflicted or retribution exacted for an injury or wrong.

Since most of you are retarded and still don't get it, here is a definition of God:


God: the creator and ruler of the universe and source of all moral authority; the supreme being.

Let me explain further in language that some of you retards may understand  - the guy who created you is the same guy who  created the Heavens and Earth.

He is the same guy who demands that you do his will - his will in everything - little and great.

This guy did not leave you without a way to know who he is and what he demands - this guy created a religion - its called the Roman Catholic religion - this is the religion you should listen to in order to find out what this guy wants of you.

Now granted the man who runs the Roman Catholic Church is a complete and utter fool , you still must adhere to the Catholic Faith so as to please the guy who created you.

Couple of things  - this guy who created you is pissed - very pissed - this guy is pissed at you and yours so pissed in fact that this guy gave a retarded psychopath for a pope so as to throw some of you off. And of course this guy will punish the lot of you for disobeying him.

This is called the Vengeance of Heaven.

Get to know this Vengeance of Heaven - it'll be knocking on your front door really soon.....