Another incident of Air Rage:

Kate Moss follows a growing list of passengers, pilots & cabin crew members who have been plagued with a condition known as air rage.

Air rage generally covers both behavior of a passenger or passengers on the aircraft or more generally speaking at the airport:
Little is known about the 'condition' and the airlines do not want to scare the public into refusing to fly because they might come down with Air Rage.

Increased incidents will occur on planes some involving greater violent acts - even murder.

Now what makes some passengers more susceptible than others to air rage?

Well to be a boozer sure helps not to mention just an over all nasty disposition to begin with.

Then of course there is the temptations caused by bad angels - you know those personal demons to give you that extra 'push'.

Most of you do not believe in God so you're not gonna believe in your own personal tempting devil.

You may have a real personal trainer - but you will never admit that you have a personal tempting demon. LOL!

Air rage in some is caused by invading the habitation of demons..... 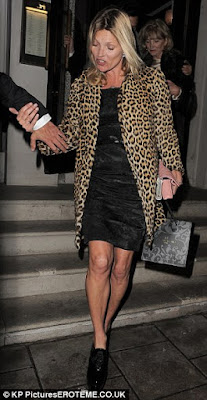 
Now what did Kate do on the plane?
Kate just spent a few days at a DETOX center drinking tea etc... She was there for a 'cleansing' assuming that no alcohol was consumed during her stay. So what was the first thing she does after leaving the DETOX center?

She is tempted to binge drink.

Where oh where did this temptation come from?

Well, from herself - her bad disposition lead her to drink.

And of course she might have been given the push to drink by her own personal tempter - a demon or two.

The demons where probably there already on the plane waiting for her to arrive.

Laugh all you want.  I have St. Thomas Aquinas on my side: