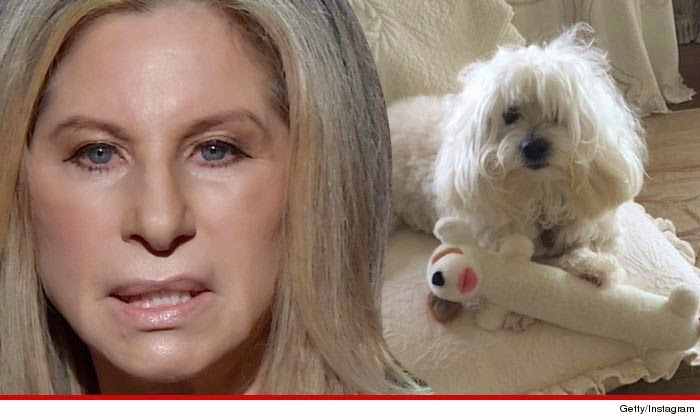 Barbra Streisand's female dog just got herself into serious trouble at 36,000 feet -- attacking a flight attendant aboard a billionaire's fancy private jet ... and it was so bad, the victim needed stitches. The perp is a bitch named Sammie -- Barbra's 12-year-old Coton de Tulear ... who accompanied Streisand on Tuesday during a flight from NYC to DC on a PJ owned by billionaire investor Ron Perelman. Our sources tell us ... a female flight attendant noticed the dog and went over to pet her, but Sammie snapped, biting the woman's hand ... puncturing the skin and opening a wound that required stitches. We're told Barbra IMMEDIATELY apologized to both Ron and the flight attendant -- but everyone forgave her and the injured woman is expected to make a full recovery. TMZ Read More>>>>>>

Jesus drove the demons of the darksome atmosphere into a herd of swine:


And when he was come on the other side of the water, into the country of the Gerasens, there met him two that were possessed with devils, coming out of the sepulchres, exceeding fierce, so that none could pass by that way. And behold they cried out, saying: What have we to do with thee, Jesus Son of God? art thou come hither to torment us before the time? And there was, not far from them, an herd of many swine feeding. And the devils besought him, saying: If thou cast us out hence, send us into the herd of swine. And he said to them: Go. But they going out went into the swine, and behold the whole herd ran violently down a steep place into the sea: and they perished in the waters. Mt.xviii

This time the demons of the darksome atmosphere did not have far to travel to possess a flying doggie.

Hey - as was said before - if you invade the habitat of demons 24/7 by flying above the boundary established by the Blessed Trinity, they will eventually invade you.....

Here is St. Thomas Aquinas on the habitation of Demons: