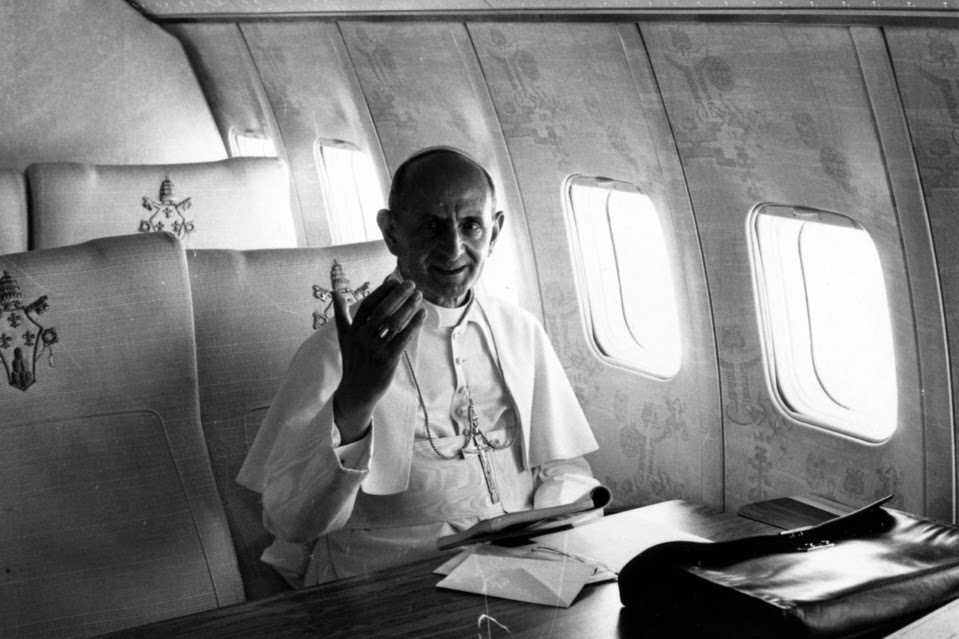 “May the Pope guard against the performers of miracles. For the time has come when the most astonishing wonders will take place on the earth and in the air.Our Lady of La Salette 19 Sept. 1846 (Published by Mélanie 1879)

Air travel is normal - it is part of modern life. Men have been flying on plane since 1900.

24/7 men violate the habitation of demons. You would think some strange events would take place when men harass devils of the darksome atmosphere 24/7.


The darksome atmosphere is as a prison to the demons until the judgment day. They carry fire of hell with them wherever they go. The devils besought the Lord not to cast them into the abyss; for they asked for this, deeming it to be a punishment for them to be cast out of a place where they could injure men. Hence it is stated,They besought Him that He would not expel them out of the country. St Thomas Aquinas

What is this darksome atmosphere? The air above 15 cubits above the mountain tops, or about 29,050ft. This region is the habitation of demons.

Why is this 29,050 ft level important?
After God cleanse the world of sin with the waters of deluge - Nimrod knowing the level that the waters of the deluge reached - 15 cubits above the mountain tops, decided to build a tower to escape any more floods that God would send.

God was pissed that man exceeded this 29,050 boundary by building the tower of Babel.

God knocked the tower over with his finger and scattered the men who built the tower.

God was pissed then that men violated the boundary that He Himself established.

But should not God be pissed today - when modern men violate the boundary 24/7?

Why is God silent?

Maybe not. Again remember the space above the 29,050ft boundary is the habitation of demons. One would think that if a man invades the habitat of Demons that that man would be harassed in one way or another.

Men were not meant to be side by side with demons.

That's why God sent the demons to be exiled in the darksome atmosphere- between Heaven and earth.

Considering that hell has broken loose here since the 1960's I would think that men have been punished for violating the 29,050 ft boundary 24/7 - none of you know it. You are all clueless.

Call it a perfect punishment - men are being punished and do not know it.

Here is St. Thomas Aquinas on the habitation of Demons: