Muslims Own Well Over 30% Of Lufthansa! Majority Of Muslim Shareholders Have A Vested Interest In Denying Andreas Lubitz Was A Muslim Convert & Crashed The Plane Into The Mountain As An Act Of Jihad


The majority of the issued capital is in German hands Lufthansa is obliged by the Aviation Compliance Documentation Act to publish its shareholder structure by nationality every three months and after convening the Annual General Meeting in order to prove, as required by bilateral air traffic agreements and EU directives, that the Company is under German or European control.

If you object to the analysis that Muslims own a majority of shares in Lufthansa based on Nationality then you are making the assumption that Muslims never declare themselves citizens of the Nation where they reside which is absurd and false.

So you have Muslims who live in Germany who declare themselves German etc.

To object to this observation is foolishness.

Hell!! Anytime a Muslim commits a terrorist act - let's say as in France - the Media will declare that the terrorist was a French National! Misleading the public into believing that some white guy did the terrorist act and not some dark skinned Muslim scumbag! So Fuck you! You can't have it both ways!

Not to mention the reality that the bank holding the shares maybe in the UK but the owners of those shares are Muslim:


The shares are registered shares; the shareholder’s name, address, date of birth, number of shares owned and nationality (natural persons) or national identity (legal persons) must be entered into the shareholders’ register kept by the Company. In the case of individuals or institutions subject to reporting requirements within the meaning of sections 21 ff. of the Securities Trading Act (Wertpapierhandelsgesetz), the details listed under section 80 (1) of the German Stock Corporation Act (Aktiengesetz) have to be made in addition. Transfer of the shares is subject to the Company’s assent (Vinkulierung). The Company may only withhold its assent to the transfer of its shares if it has grounds to believe that the registration of the would-be shareholder could jeopardise the Company’s licences, rights and prerogatives under aviation laws and agreements.

So what is the true percentage of Lufthansa shares owned by Muslims?

How much influence do Muslim shareholders have over the Lufthansa board of Directors?

Everyone knows that the French and German Authorities have a vested interest in hiding any Muslim connection to the deliberate downing of Germanwings Flight 9525 - Everyone knows about it from the Queen of England to the hounds of hell: 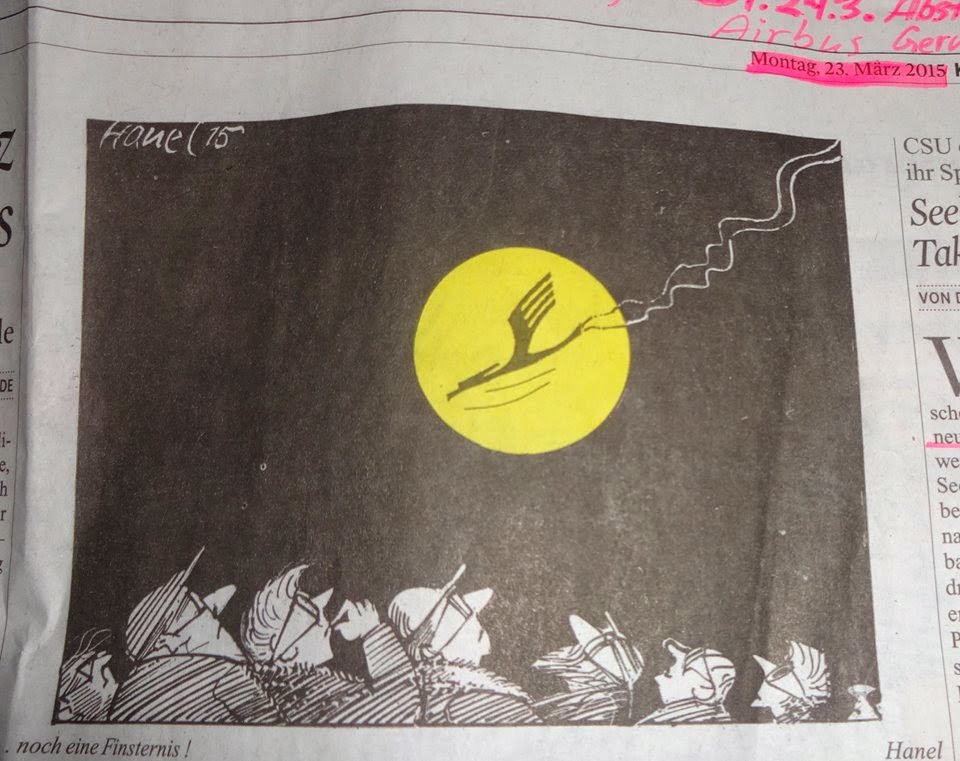