Latest event of a passenger and flight attendant acting crazy after flying over the 29,050 ft boundary established by God - a boundary that man must not pass over. It is a boundary to separate man from the demons. The atmosphere is the habitation for the demons. Many of you don't believe in this doctrine - and that's OK with me - I just have to continue to post stories like this one - posting on a monthly weekly and eventually on a daily basis.


A Germanwings plane was forced to make an unscheduled landing in Venice after a passenger and a flight attendant fell ill during the flight, the budget carrier says. A statement issued by the Cologne-based airline said the pair required medical treatment for ‘an acute feeling of sickness’, disputing reports that the twin-engine plane landed after a nervous passenger suffered a panic attack. The unscheduled stop occurred less than two weeks after a Germanwings plane crashed into the French Alps, killing all 150 people on board. In yesterday’s incident an Airbus A319 was carrying 145 passengers and five crew members from Hanover, Germany to Rome when it diverted to Venice. Flight 4U3882 was nearing the conclusion of its one hour and 40 minute journey when it turned around north-east of Bologna and landed at Venice Marco Polo Airport. Daily Mail Read More>>>>> 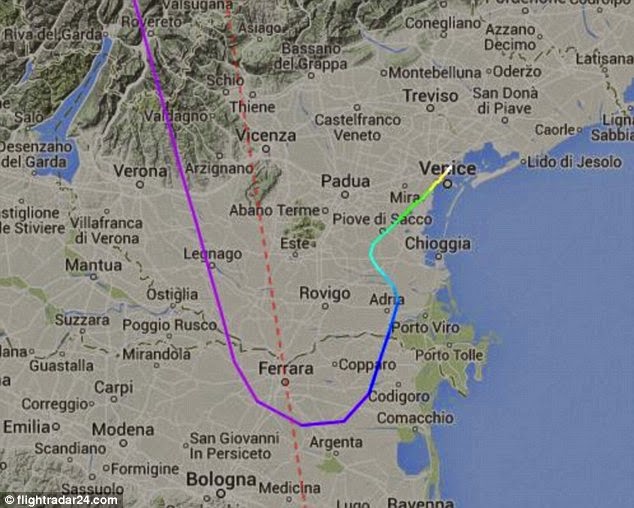 Here in case you missed it is St.Thomas Aquinas on the place where demons inhabit:

At Least Venice Is On The Ground