a (Associated Press) A Germanwings plane headed for Milan was evacuated at Cologne-Bonn airport on Sunday after a bomb threat against the flight was received, the airline said. The threat against flight 826 to Milan's Malpensa airport was received Sunday evening. The tower in Cologne alerted the pilot of the Airbus A320, which was taxiing toward the runway at the time, Germanwings said. The pilot took the plane to a position at the airport that is foreseen for such cases, where the passengers and crew left the aircraft. Federal police said sniffer dogs found no sign of explosives, news agency dpa reported. The threat was emailed to the airport 15 minutes before the plane's scheduled departure, prompting police to set the necessary measures in motion. Germanwings planned to fly the passengers to Milan on another plane. 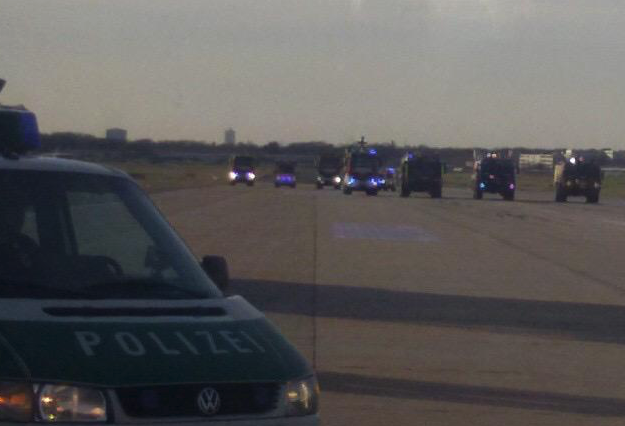